DIRKSCHNEIDER, the German band led by former ACCEPT frontman Udo Dirkschneider, will support HELLOWEEN on the European leg of the "United Alive World Tour Part II" 2020 tour in the fall. The DIRKSCHNEIDER portion of the trek will kick off on September 26 in Zvolen, Slovakia and conclude on October 31 in Gothenburg, Sweden.

Udo is scheduled to play two shows at this year's Wacken Open Air festival in August: the first will see his band DIRKSCHNEIDER perform ACCEPT's classic 1985 album "Metal Heart" in its entirety to celebrate the LP's 35th anniversary, while the second will pair Udo's main band U.D.O. with Das Musikkorps der Bundeswehr, the military band of the German federal armed forces. U.D.O. and the 100-plus musicians of Das Musikkorps der Bundeswehr previously teamed up for the 2015 edition of Wacken and then for another concert in Elspe in 2018.

In 2018, Udo told Greece's Rock Overdose that he would no longer perform any ACCEPT songs live once he has completed his current touring obligations with his DIRKSCHNEIDER project. "I did now the DIRKSCHNEIDER thing for nearly three hundred shows — I played only ACCEPT songs," he said. "If [the fans] wanna hear some ACCEPT classic stuff, what can I say? Then please go to [see] ACCEPT; they're still touring. 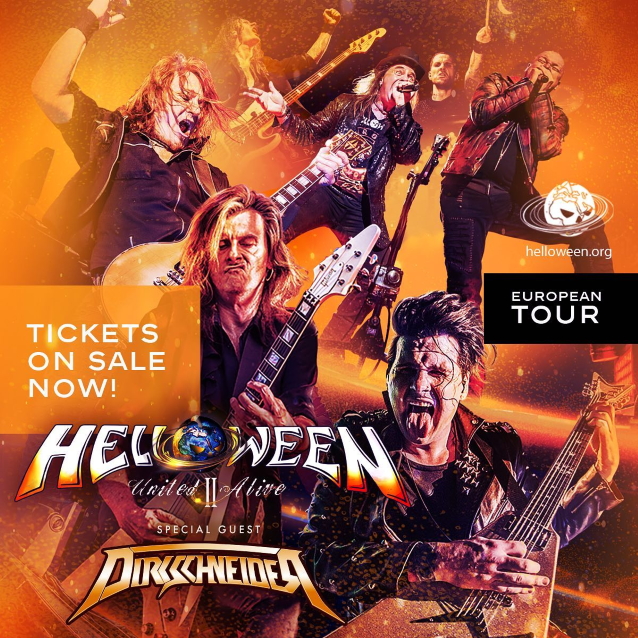