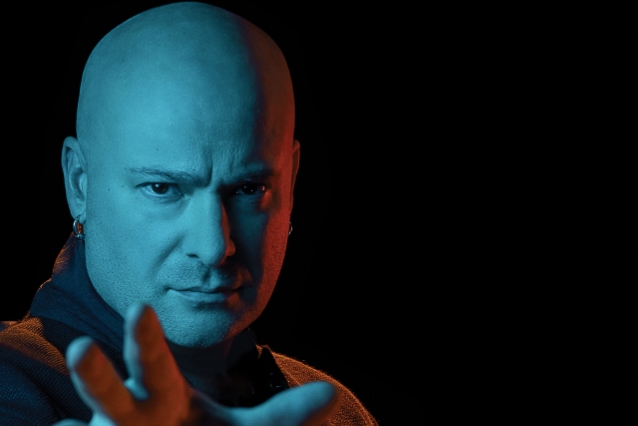 DISTURBED vocalist David Draiman recently spoke with Brent Porche of the Philadelphia radio station 93.3 WMMR. The full conversation can be streamed below. A few excerpts follow (as transcribed by BLABBERMOUTH.NET).

On 2020 marking the 20th anniversary of the band's debut album, "The Sickness":

David: "This entire touring cycle — this section of the touring cycle, if you will — is going to be celebrating the 20th anniversary of 'The Sickness', so you'll be getting a lot more material from the record. You'll be getting some surprises. We're very proud of it. It's amazing looking back that it's been that long. It doesn't feel that long, but I guess that's a good thing. We definitely want to pay tribute to what started it all for us, and we're looking forward to really digging deep."

On whether the band plans to record more music in the near future:

David: "We're always toying with stuff, always working on things. I don't think we're ready to unleash an entire new record any time soon, but you never know – a song here, a song there, and then we'll see what happens."

On the band's 2020 touring plans beyond their currently announced spring concerts:

David: "We've definitely got some interesting stuff cooking. It's not just going to be a spring thing for us, that's for sure. How much longer? That I can't talk about. [Laughs]"

On his now-defunct side project, DEVICE:

David: "It was a great experiment. It was incredible to collaborate with so many other legendary artists. I was truly, truly blessed, but it's so tough to build something from scratch these days, especially when you come from the big machine and you go to the smaller machine, and you're at this stage of your life and your career. It's, like, 'Why am I doing this?' It didn't make sense. When you get to a point when you're more than six figures in the red and you're still going because you're not sure why, you stop. You have to do stuff that makes sense. I always feel terrible for new and struggling artists these days who really have to put their shoulders to the grindstone and just do what they have to do to survive. It's not easy out there for anyone. Even with somebody who has the pedigree, it's tough to get things done."

On whether DISTURBED will ever resurrect its "Music As A Weapon" tour:

David: "I don't know. I doubt as a traveling entity. I know that we've toyed around with the idea of making it something location-based in the right situation and scenario, but it's tough because the market is so flooded with location-based festivals at this point, particularly in the rock genre. It's tough to find the right spot and the right time. Who knows? Never say never. There's so many other organizations that are already doing a decent job, it's, like, 'Why take it all on yourself?'"

On the advice he wishes he could give his younger self:

David: "I would have told myself to just take it easy. I took too many things maybe a little too seriously over the course of my career, and I think if life experiences taught me anything, it's, 'You know what? Enjoy life. Take it easy.'"

On feeling bullish about DISTURBED's future:

David: "I think that one of the beautiful things about DISTURBED and its development has been that it's always been this nice, gradual, upward climb. It's nice to be a part of something that's continuing to grow over the course of its lifetime. I really don't need too much else other than my family and my career, and I'm very, very blessed with both things."

DISTURBED — whose latest album, "Evolution", was released via Reprise in October of 2018 — recently released a music video for the song "Hold On To Memories". The clip was directed by Matt Mahurin, who previously helmed the video for the band's cover of SIMON & GARFUNKEL's "The Sound Of Silence".