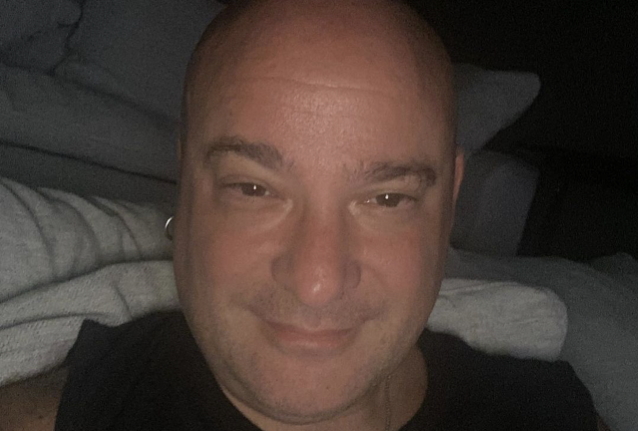 DISTURBED singer David Draiman has confirmed that his band has completed recording a new album.

Earlier today, Draiman took to his Instagram to share a selfie, and he included the following caption: "The face you make after listening to the new, completed @disturbed album #comingsoon".

Draiman's confirmation that a new DISTURBED album has been fully recorded comes less than week after he shared a since-deleted Instagram photo of a whiteboard — which appeared to have been taken in a recording studio — charting DISTURBED's progress with recording. On the board, 10 songs were listed, featuring such titles as "Hey You", "Love To Hate" and "Part Of Me". David captioned the picture: "And that's a wrap people. #HolyShitIsThisGood #epic @disturbed".

The 10 songtitles listed were as follows:

Also included on the whiteboard was the guitar tuning for each track, with most of them using "Standard C#", "Drop C#" or "Drop C" tuning. One track was also recorded in "Drop A#" tuning, while another is in "Drop B".