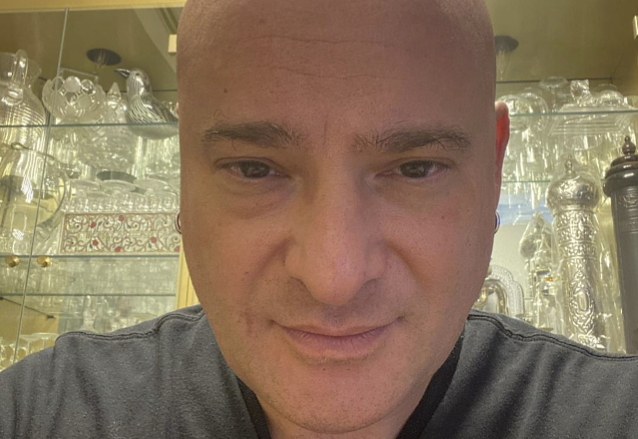 The 48-year-old Hawaii-based singer, who is Jewish, took to his social media earlier today (Sunday, January 9) to write: "People who compare having to have proof of vaccination to get in a restaurant to the Holocaust are cordially invited to go fuck themselves."

He added in a separate post: "The only thing that the Holocaust should ever be compared to is the ACTUAL FUCKING HOLOCAUST. THATS IT. That's all. Stop appropriating our suffering for your bullshit political agendas. Thanks."

A number of right-wing politicians and conservative media pundits worldwide have comparisons to the Holocaust, saying society's widening exclusions of the unvaccinated was headed down a similar path taken by Nazi Germany between 1941 and 1945 when an estimated six million Jewish people were killed during World War II.

Draiman is not the only hard rock or heavy metal musician to speak out against comparisons between COVID-19 vaccine mandates and the Holocaust. Last November, KISS frontman Paul Stanley hit out at those who were pictured wearing yellow Star of Davids similar to ones the Nazis forced Jewish people to display during the Holocaust while protesting COVID-19 mandates in Kansas. At the time, Stanley, who is also Jewish, shared a tweet about the protesters and he included the following message: "APPALLING. This is despicable. Stupidity is no excuse for being ignorant. I grieve for 6 MILLION JEWS who suffered and perished only to be trivialized by a bunch of morons who surely MUST have the capacity to read and know better. Stunned."

In October, Stanley, who often tweets about political issues to his 615,000 followers, weighed in on the controversy that erupted after a district leader in Texas asked teachers to offer students books with an "opposing perspective" of the Holocaust. Stanley tweeted at the time: "This is so FUCKED. There will ALWAYS be 'opposing views' but there are NEVER opposing FACTS."

TWISTED SISTER's Jay Jay French, a fellow Jew, agreed, chiming in in a tweet: "completely insane. and you can thank Trump for unleashing the stupids".

Last month, Draiman said that he had lost thousands of social media followers since publicizing his trip to Israel in November.

On November 30, Draiman lit a candle at the Western Wall in Jerusalem, Israel at the Old City site of the terror attack that killed South African immigrant Eli Kay. He later claimed that he lost 4,000 followers after sharing photos of his "demonstration" at the Western Wall.

The World Health Organization (WHO) has said that COVID-19 vaccines are "critical" to ending the pandemic, which has killed more than five million people globally. According to the U.S. Centers for Disease Control and Prevention (CDC),unvaccinated people are 5.8 times more likely to catch the virus and 14 times more likely to die from it.