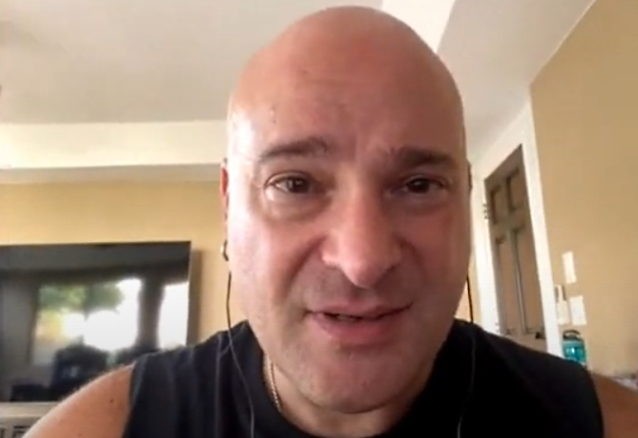 DISTURBED frontman David Draiman says that he is "still devastated" by the recent Astroworld concert tragedy.

Ten people, including a 9-year-old and two teenagers, died while many more were injured after a crowd surge during Travis Scott's performance at the Houston music festival. Since then, dozens of lawsuits have been filed and a slew of questions remain unanswered about what went wrong.

Draiman addressed the deadly event in a recent interview with Chad "Chumley" Kerch of Jacksonville, Florida's WPLA radio station. He said: "I think that we've spent too much time over the course of the past number of years being separated from one another and being divided and being so concerned about ourselves as individuals that we've forgotten how to come together — that we've forgotten what it means to be there for the same reason and the same cause and to feel the same feelings that everyone is on that same song and place and that strikes a chord in everyone.

"The whole mentality, this predatory mentality, this mentality of only caring for yourself, of trying to take what you can get whenever the opportunity presents itself, to not specifically look out for others, to not specifically look out to try and shelter those who are weaker than you, to look out for those who aren't as strong as you are, it's contrary to the fiber of my being and I can't believe how prevalent the mentality has become," he continued.

"I just think that concerts, big events like that, in particular, are supposed to be our opportunity to show the world what we're capable of when we come together as one, in safety, in unity and in strength and in joy. And for that to be perverted and for that to be bastardized is unforgivable — absolutely unforgivable. People need to remember that we are all family, we are all connected, and to cherish life.

"You cannot expect somebody to control chaos if they have no experience controlling it; it's not an easy thing to do. Maybe at the very least this will be a learning experience for everyone involved. But I think we're kind of fatigued of learning experiences, of having people needing to lose their lives for us to finally wake up."