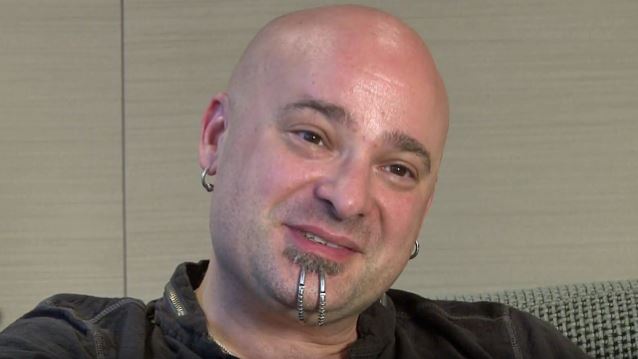 DISTURBED frontman David Draiman has thrown his support behind Bernie Sanders but has admitted that the Democratic presidential candidate will "need a miracle" to win the White House next year.

Draiman, the son of Israelis and the grandson of Holocaust survivors, took to his personal Facebook page on December 11 to write: "Well... Since it seems like the majority of the Republican voting base has fallen for [Donald] Trump's fear mongering, bigoted, racist, lunacy, and since no other Republican candidate (including mildly delusional Ben Carson) seems to have a chance against him, whether he goes independent or not... and since Hillary [Clinton] is hellspawn incarnate (best friend of the ‪terrorist-supporting Qataris, and just basically Obama part II),I feel that I have no choice (even though I wish he were stronger on Israel, and has plans for a social welfare state that could very well bankrupt our country; I guess I'd rather be financially bankrupt, then morally bankrupt) but to throw my support behind the venerable Bernie Sanders (much to the chagrin of my conservative/Republican friends, I'm sure). I just hope he remembers who he is and where he comes from (a Jew) and that he does whatever he can to protect both the American people and the State of Israel. He'll need a miracle...but who knows? The world is crazy enough these days that he just might get one."

Sanders, who has shown considerable momentum in the race for the Democratic nomination, nevertheless trails far behind behind frontrunner Hillary Clinton.

Draiman has been outspoken about politics before, describing himself as fiscally on the conservative side but socially and culturally liberal.

He told The Pulse Of Radio a while back that he has problems with the candidates on both sides. "I have issues with everybody," he said. "I'm liberal about everything that is issue-based as far as ideology, but I'm also of the opinion of a very small government. I don't agree with the fiscal policies of the Democrats, but I certainly don't agree with the right-wing craziness of the Republicans."

Draiman explained in June why he decided to quit Twitter and other social media outlets after several contentious years. He said: "I was never the guy who was going to try to use my social media to be a source of promotion for myself… It was always trying to use whatever kind of a voice in the position that I have been blessed with for good. To be able to try and educate people a little bit, make 'em laugh a little bit, make 'em open their eyes a little bit. And it just didn't seem to be making a difference."

Draiman has in the past battled with Twitter trolls who have harassed him about his sometimes-controversial views regarding Israel and its ongoing conflict with the Palestinians.

DISTURBED's first new album since 2011, "Immortalized", came out on August 21.