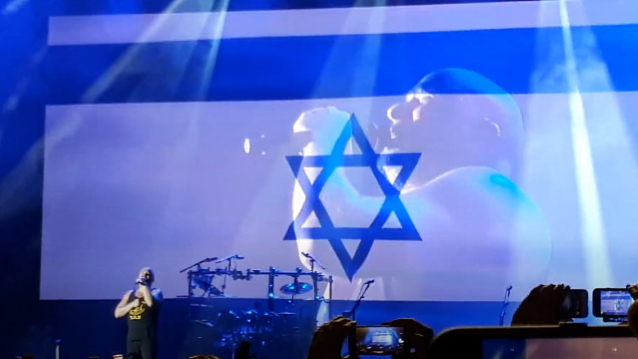 DISTURBED singer David Draiman says that he will light a candle at the Western Wall in Jerusalem, Israel next week.

Draiman, who is Jewish, revealed his plan in an Instagram post earlier today. He shared a photo of him at DISTURBED's July 2019 concert in in Tel Aviv, Israel, and he included the following message: "I'm going to go to the Western Wall. I'm going to light a candle at the site of the Hamas terror attack. 11am Tuesday 11/30/21, join me.

"We will not be intimidated. We're not going anywhere. #AmYisraelChai".

Although David had visited the country many times, Tel Aviv was the first DISTURBED concert in the Jewish state. Draiman addressed the crowd in Hebrew at many points during the show at Live Park Rishon LeZion and sang the Israeli national anthem "Hatikvah".