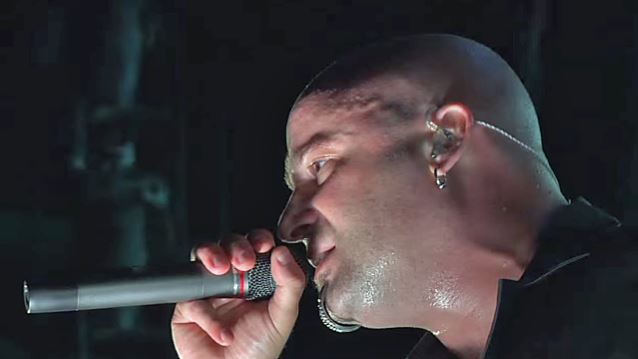 DISTURBED's DAVID DRAIMAN: Why Four-Year Break Was Good For Fans

DISTURBED has come roaring back with a new single called "The Vengeful One", while a new album, "Immortalized", will arrive on August 21. The band ended its four-year hiatus on Tuesday (June 23) with the release of the single and video and the news about the record. Singer David Draiman told The Pulse Of Radio why the break was good not just for DISTURBED, but for its fans. "Not only you, but when your fan base as well gets used to seeing you every other year and getting a record from you every other year, it can become a little bit much," he explained. "I think we wanted to go back to making them events and to making sure we were as hungry as we really should be and as the fans deserved us to be. And this record, and the way we feel about wanting to play, is gonna be very, very obvious to everyone."

"Immortalized" was produced by Kevin Churko, who has helmed the latest efforts from a number of popular hard rock and heavy metal acts, including FIVE FINGER DEATH PUNCH, IN THIS MOMENT, PAPA ROACH and HELLYEAH.

DISTURBED guitarist Dan Donegan told The Pulse Of Radio about working with a new producer: "I think we needed… we wanted that. We wanted, especially having this time off, and being off this long break, to come back with something that sounds a little bit more fresh. It's been five years between albums, so it was nice to have, kind of, a new production element to it and things that, kind of, pushed us and challenged us to raise the bar."

"Immortalized" is available for pre-order everywhere and follows 2010's gold-certified "Asylum", DISTURBED's fourth consecutive No. 1 on The Billboard 200 album chart.

The album process got underway back in January 2014 when Draiman, Donegan and drummer Mike Wengren got together for dinner in their hometown of Chicago.

Soon after, without notifying friends, families, or their label, the three began to fly back and forth to each other's respective home studios for writing sessions, marking the first time they collectively wrote together since 2001.

"It took a lot to keep things quiet," Draiman told Billboard.com. "It took a lot of pain and agony and white lies and deception non-disclosure agreements. How can you explain to all your friends and family that you're leaving home for four months to be in [a recording studio in Las] Vegas, y'know? To come up with something that you're so proud of and not be able to tell anyone about or play it for anyone is torturous, believe me." Donegan said there was "a close call" towards the end of the sessions when a radio convention was held at the Mandalay Bay Resort And Casino, where he and Wengren were staying.

"We would sneak in separately, go into different doors and not be seen together and hope that nobody would spot us and blow our cover," the guitarist recalled. "Somehow we pulled that off." Why the secrecy? "Since there was no time frame on this, we didn't want to speak too soon," Donegan explained. "We just wanted to see how the process went and not get people all whipped up and have the microscope on us while we were doing it."

In addition to 15 new songs — including 12 on the album and three more on the deluxe edition — "Immortalized" contains a cover of SIMON & GARFUNKEL's "The Sound Of Silence".

DISTURBED has yet to announce tour plans behind the new record. 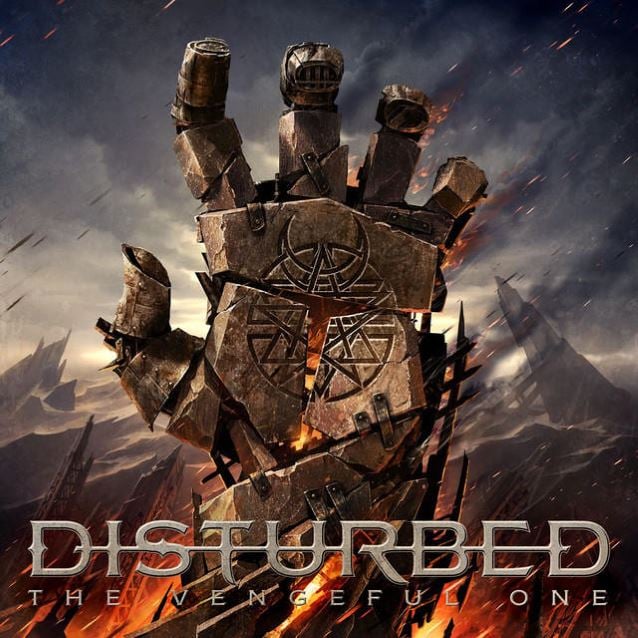