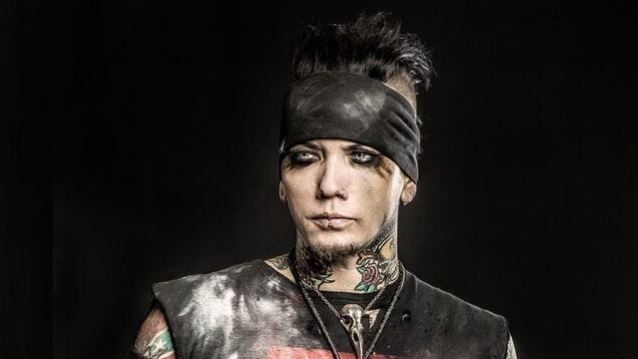 DJ ASHBA: 'Walking Away From GUNS N' ROSES Was The Hardest Decision I've Ever Had To Make In My Life'

Former GUNS N' ROSES and current SIXX: A.M. guitarist says that he "walking away" from GN'R after a six-year stint with the group was "the hardest decision" he has ever had to make in his life. He tells Music Radar: "I loved sharing the stage with Axl [Rose] and the guys. Axl put together such an incredible bunch of musicians, and I was proud to be part of that."

He continues: "I'll always be thankful for Axl believing in me. But it's not my band and it never will be. I was performing songs written before I got there. I had a blast doing it, and I will cherish it. But we did a 19-day sold-out run on the SIXX:A.M. 'Modern Vintage' tour and it was that tour of playing my own songs — songs that came from my soul — and seeing how they connected to the fanbase, I could not put that feeling into words, and I realized that I needed to follow my heart."

Ashba recently said that Rose wanted him to be a part of a partial reunion of GN'R's classic lineup but he "just didn't feel like it was [his] place."

Ashba, who joined GUNS N' ROSES in March 2009 following the departure of Robin Finck and stayed in the band until last July, told Metal Insider: "At that point, it's best I go do what I'm really good at doing. It's kind of the best of both worlds. I get to have my favorite band back and I get to go play in my favorite band again. It's a win-win."

Ashba issued a statement in July 2015 saying that he was leaving GUNS N' ROSES "to dedicate myself to my band SIXX: A.M., my adoring wife and family, and to the many new adventures that the future holds for me."