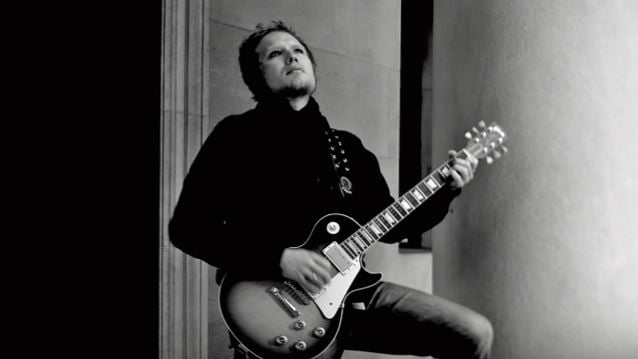 According to the AL.com, an Alabama physician has been acquitted of federal charges that he improperly prescribed fentanyl and other drugs to 3 DOORS DOWN guitarist Matt Roberts, who died of a drug overdose in August 2016. Dr. Richard Snellgrove faced a 13-count federal indictment in Mobile alleging unlawful distribution of controlled substances and health care fraud.

A jury returned its verdict on Monday after hearing closing arguments and beginning its deliberations on Friday.

Snellgrove was accused of prescribing five different drugs — including methadone, hydrocodone, loraxepam and fentanyl — with different names, all intended for Roberts.

Roberts was found dead at a hotel in West Bend, Wisconsin, where he was scheduled to perform at a charity event for veterans.

West Bend police say the cause of death was determined to be a prescription drug-related overdose.

Snellgrove allegedly began prescribing drugs to Roberts as early as 2005, fully knowing that the guitarist had addiction problems.

Less than three months before he died, in late May 2016, Roberts and Snellgrove texted about Prince's death.

"During this exchange, Roberts stated that he understood Dr. Snellgrove needed to drop 'things down,'" said a motion filed in the case by Richard W. Moore, U.S. Attorney for Alabama's Southern District.

Roberts's family is also suing Snellgrove and Rite Aid Corp. and others in a civil lawsuit in state court in Alabama.

A founding member of 3 DOORS DOWN, Matt left the band in 2012 to concentrate on his health after experiencing circulation problems that were exacerbated by the group's heavy touring schedule. He was replaced by Chet Roberts (no relation).