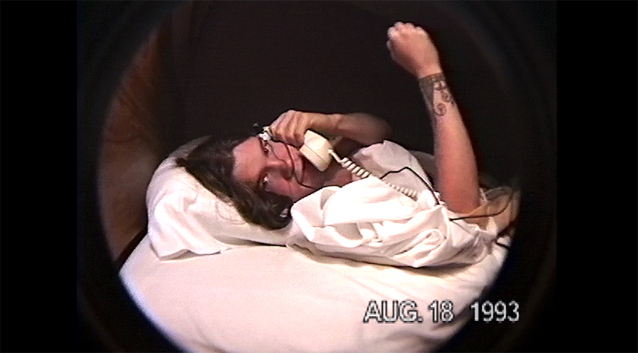 A documentary about the final years of BLIND MELON frontman Shannon Hoon will be released in 2020. According to Variety, Double E Pictures and Live Nation Productions were recently added as executive producers for the film, which was created using over 200 hours of the late singer-songwriter's home videos by photographer Danny Clinch, Hoon's close friend who co-directed the documentary alongside Taryn Gould and Colleen Hennessy.

"We realized that we basically had all these videos of a guy who was videotaping himself obsessively for five years from before he was famous up until really the day of his death," Clinch told Variety. "It was the dawn of technology where people started to film each other, and he was way ahead of the curve in a way. It's kind of one of the earliest moments of someone who was self-archiving his own life."

Despite scoring one of the decade's most enduring singles and videos, "No Rain", and a quadruple-platinum hit with BLIND MELON's 1992 self-titled debut album (in addition to touring alongside rock's biggest names),Hoon could not overcome a dangerous drug addiction. Only two records into a promising career, Hoon was dead from an overdose at the age of 28.

"He was really an endearing character," Clinch told Rolling Stone in 2015. "He could just become your best friend right away. His energy was great. He was really creative and super friendly. He definitely liked to have a good time and he enjoyed the rock and roll lifestyle for sure."

In the works for four years, "All I Can Say" has played on the festival circuit, including at Tribeca and the International Documentary Film Festival in Amsterdam.

BLIND MELON was inactive for more than a decade following Hoon's death before reforming in 2006 with new vocalist Travis Warren, from the band RAIN FUR RENT.