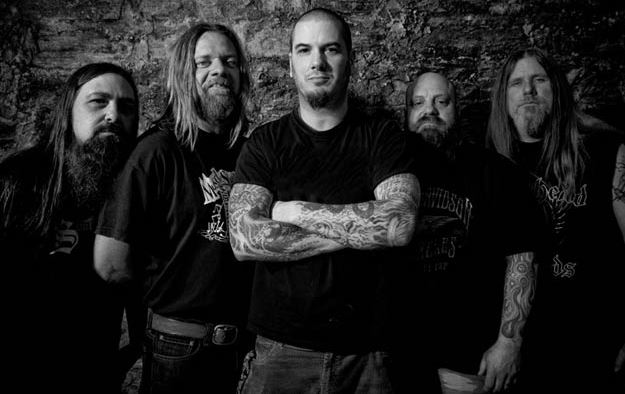 A short video update from the writing sessions for the next DOWN release can be seen below. The band working on material at singer Philip Anselmo's New Orleans studio, Nodferatu's Lair, for an EP that is tentatively due in early 2014.

In a recent interview with Natalie's World, Anselmo stated about DOWN's recording plans: "We just wrapped up our touring for the 'Purple' EP, and actually, we already have a lot of ammunition for the next EP in the works. And I think we start heads-down work on that sucker in November. So I'm looking forward to that. And really, I think in November we can knock it out, and I think it's not too far-fetched to think that the next EP would be coming out within the first three months of 2014."

Released in September 2012, "Down IV Part I - The Purple EP" was DOWN's first in a series of four EPs to be released over the next few years (with a year between EPs),each touching on a different aspect of the band's sound.

"Down IV Part I - The Purple EP", which heralds the sound of DOWN going back to its roots, with influences from BLACK SABBATH, SAINT VITUS and WITCHFINDER GENERAL, was released on purple vinyl on February 26.

"Down IV Part I" sold 12,000 copies in the United States in its first week of release to debut at position No. 35 on The Billboard 200 chart.