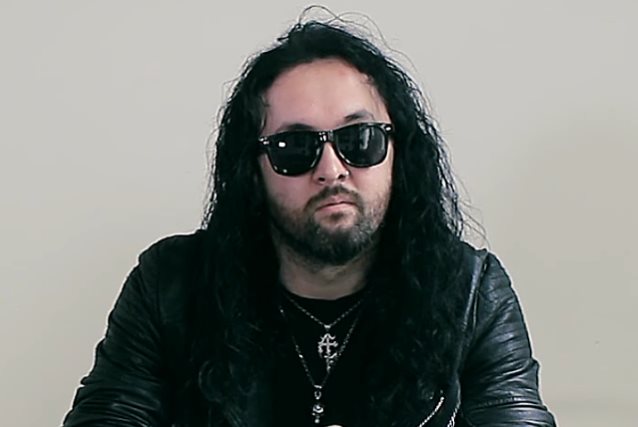 Although Theart's involvement with SKID ROW was first reported by BLABBERMOUTH.NET in December 2015, he didn't officially join the band until this past January.

Asked by "The Classic Metal Show" if Theart's collaboration with SKID ROW came as a surprise to him, Leclercq said (hear audio below): "Oh, no, no, no — [I was] not surprised at all. Not at all. Because that's what's interesting — people have one image of him just because he was singing in DRAGONFORCE, so you imagine him just like living in the mountain with a sword and on a dragon. But no, no, no. I mean, ZP is a huge fan of SKID ROW, BON JOVI, CINDERELLA, POISON — all that sort of stuff. And I remember when he was in [DRAGONFORCE], when we would do a soundcheck, I would grab a guitar and [play] the beginning of [the SKID ROW song] '18 And Life', and immediately he would grab his microphone and [start singing the first verse of the song]. He loved that sort of bands."

He continued: "So, no, no, I'm actually not surprised and I'm really happy for him. 'Cause I spoke to him… In November, when it was not announced yet, it was not official [that he was the new SKID ROW singer], but he was already in the band, I was, like, 'So, how do you like it?' And he was, like, 'Dude, this is awesome. Every night I'm going there, I'm just singing all the songs I love.' And I'm, like, 'Yeah, yeah, yeah, I bet.' And once it was official, I just sent him a message, and I was, like, 'Dude, congratulations.' And he was, like, 'Yeah, man.' So, no, no, no, I'm definitely not… We're not surprised, and we're very happy for him."

Theart stepped into SKID ROW following the departure of Tony Harnell, the TNT frontman who joined SKID ROW in April 2015 as the replacement for Johnny Solinger, the band's singer for fifteen years.

After his departure from DRAGONFORCE in 2010, ZP launched a new band called I AM I which released its debut album, "Event Horizon", in September 2012.