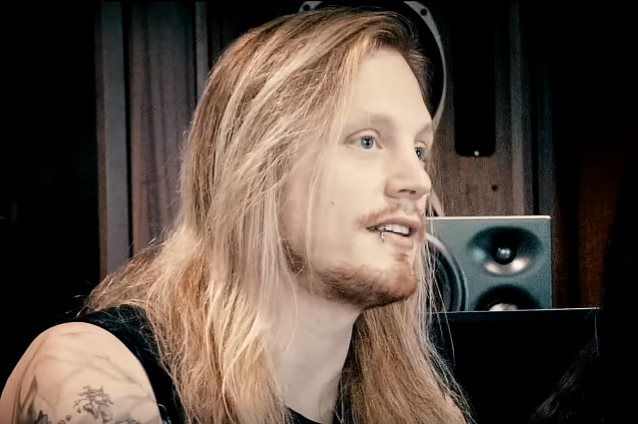 DRAGONFORCE singer Marc Hudson narrowly escaped serious injury after he jumped out of a moving van during the group's Australian tour.

On Tuesday, June 27, Hudson and his bandmates were gearing up to leave Brisbane early in the morning for their flight to New Zealand. The crew was loading up the equipment outside the hotel into a van with trailer which was parked on a steep hill at the top of a long road leading to an intersection. With the music equipment fully loaded and just a few suitcases to go, Marc went and sat at the back of the van first, with bassist Frédéric Leclercq and guitarist Sam Totman following close behind. After they set foot in the van, the brakes started squeaking and the van started rolling down the hill towards the intersection extremely quickly. Sam and Fred, who were stood in the doorway, immediately stepped out, leaving Marc in the back seat with his seat belt on. The van with the trailer continued to accelerate down the hill. Drummer Gee Anzalone tried to run after the van to put the handbrake on to no avail as it was going too fast, as did Marc, who was trying to get to it from the inside. The van was headed for an intersection but was veering off to one side. Marc jumped out the side of the van a few seconds before it crashed into a tree and came to a complete stop. The van was said to be going at over 30 miles per hour at the time the singer jumped out. He since has been treated at the hospital for two potentially broken ribs, a sprained shoulder and various cuts and bruises.

Despite the severity of Marc's injuries, DRAGONFORCE did not cancel any shows on the tour and carried on with the trek, which hit Christchurch on June 28.

Video footage of Hudson performing with his arm in a sling can be seen below.

DRAGONFORCE's shows in Australia this month marked the band's first appearances in the country since 2015.

The band is touring in support of its latest album, "Reaching Into Infinity", which was released on May 19 via earMUSIC. The follow-up to 2014's "Maximum Overload" is the band's third full-length studio release with Hudson, who joined the group in 2011 following the departure of original frontman ZP Theart (now in SKID ROW).

DRAGONFORCE's "Reaching Into Infinity North America Tour 2017" will kick off on July 7 in San Francisco, California. A list of all the dates can be found on the admat below. 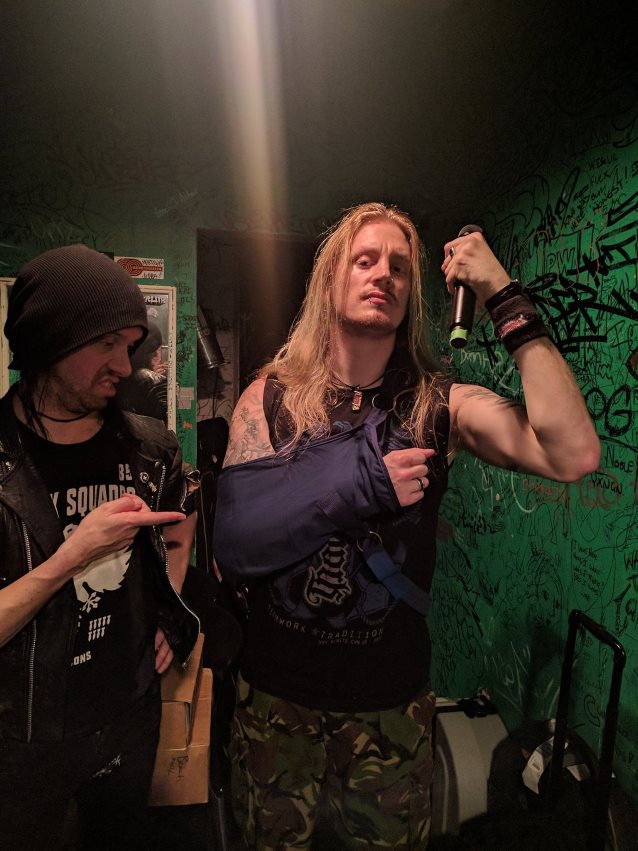 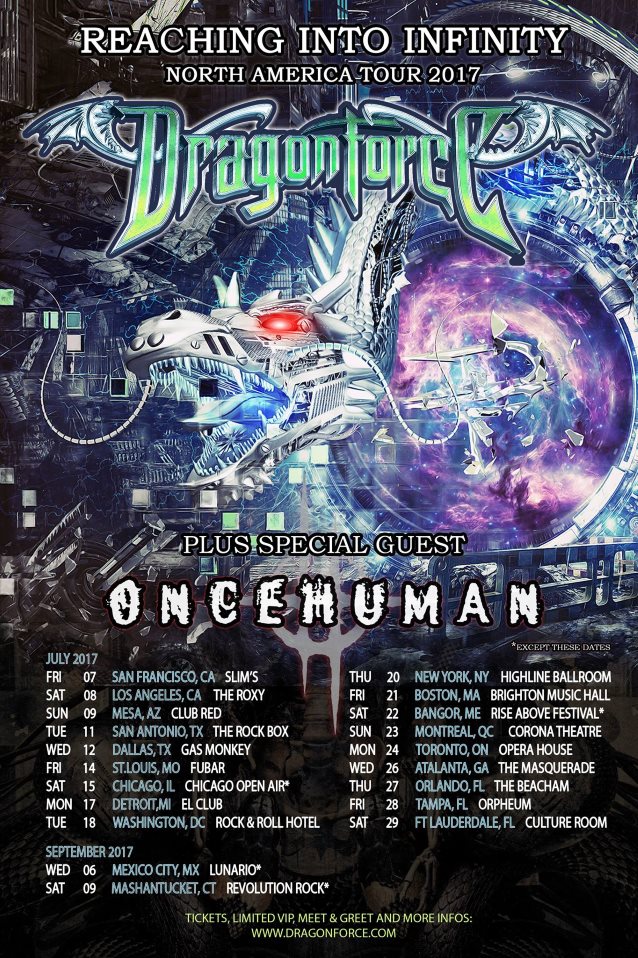