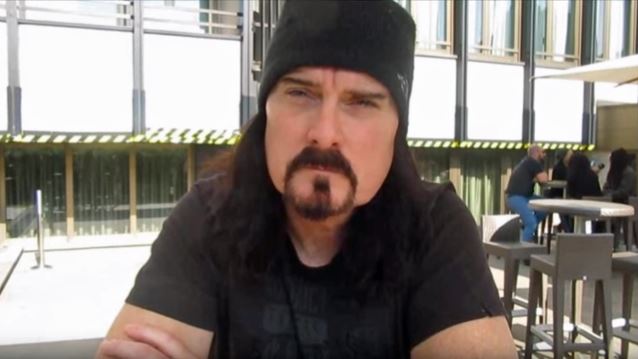 Italy's Blog Musica Metal conducted an interview with DREAM THEATER singer James LaBrie when the band played a short residency at the Arcimboldi Theater in Milan in March. You can now watch the chat below. A couple of excerpts follow (transcribed by BLABBERMOUTH.NET).

On playing historical halls and theaters on "The Astonishing" tour as opposed to the more typical rock concert venues:

James: "I mean, the concept for this tour was that we were gonna into theaters and create this environment that would really kind of embellish upon the whole storyline and the concept of the album. And those environments are perfect for this kind of a concert or a production. So it's great to be going into these gorgeous rooms. It's a little different for us in the sense that everyone's sitting down. And that's a little different because most of our shows, everyone's up in the air, very animated, very vocal. I mean, I'm sure they're still gonna be very vocal, and they have been. But it really is a much more intimate engagement with our fans, because the rooms tend to be a little smaller; they're not the big arenas and stuff like that. But we're having a great time. It's going great. The fans' reaction so far has been trememdous, as far as that whole feeling and the way that it resides with them throughout the evening in those kind of rooms. So, yeah, I think it's been great. It's something that we wanna do for this tour. We've been doing this almost thirty years, so we thought we'd mix it up a bit, and it really does kind of accentuate what is trying to be conveyed or communicated on this tour."

On whether DREAM THEATER has received some negative feedback from its fans for the band's decision to play "The Astonishing" in its entirety on the current tour and not any of the DREAM THEATER classics:

James: "Yeah, of course. I mean, you're not gonna satisfy everyone. We knew that there was gonna be controversy there. We knew that. I mean, obviously, DREAM THEATER's based more and more on albums, based on several albums; our discography is quite involved. And I think we knew that this would kind of bring along some discord with some of our fans. But they have to accept the fact that this is what we're doing. This is the kind of album that we're presenting, which is a conceptual album, and the only way that we feel that it can be played and played properly is from beginning to end. And this is what we're going to do. We're gonna go back to those tours, we're gonna go back to where we're playing all the classics and going back to where… I know many people would be thrilled [to see us] doing many songs from 'Six Degrees [Of Inner Turbulence]' [2002] and so on. But it's fine. We'll be the DREAM THEATER that we've been on all the other tours once this has seen its course."

On whether it's a relief not having to go on tour and singing songs that are fifteen or twenty years old again: 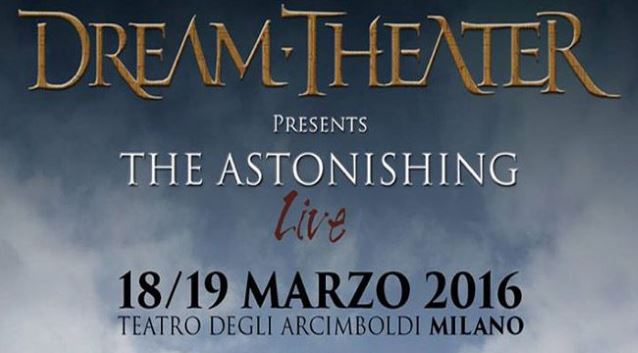