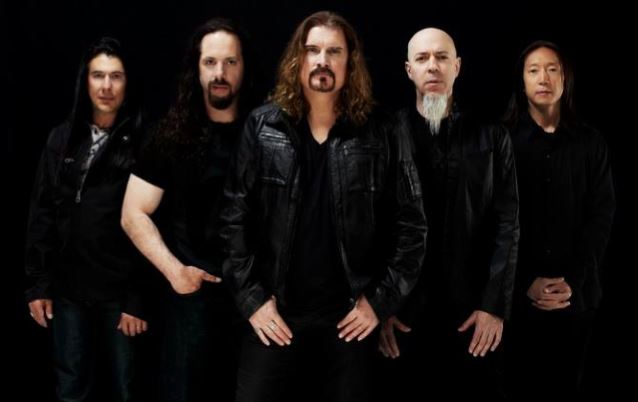 Vocalist James LaBrie of progressive metal giants DREAM THEATER has told Simcoe.com that the band will enter the studio in February to begin work on the follow-up to 2013's "Dream Theater" album. A tentative fall release via Roadrunner is expected.

In other news, Labrie will appear at the Midland Cultural Centre in Midland, Ontario, Canada on January 14. He will be interviewed by Fred Hacker as part of the ongoing "A Day In The Life" conversation series.

DREAM THEATER keyboardist Jordan Rudess spoke to GetYourRockOut at last year's Sonisphere festival in the U.K. about whether the band has already begun thinking about its next CD. He said: "We haven't really gotten into serious band discussions about what's gonna happen next, although we've had little discussions between some of us about what we would like to see happen next. At the same, if I get a good idea in the middle of the night, or whatever, I'll record it onto my iPhone. I elected James [LaBrie, vocals] to kind of be the keeper of some of my ideas; I'll send him little YouTube clips of me playing something I think is cool. And then when it wraps around and we get into writing again and start our process, then we'll go back an see what we've got and kind of figure it out."

"Dream Theater" sold around 34,000 copies in the United States in its first week of release to debut at position No. 7 on The Billboard 200 chart. The CD, which arrived in stores on September 24, 2013 via Roadrunner, earned DREAM THEATER its second Grammy nomination, for "Best Metal Performance" for the single "The Enemy Inside". The group received its first-ever Grammy nomination in 2012 for "On The Backs Of Angels", from the "A Dramatic Turn Of Events" album, in the "Best Hard Rock/Metal Performance" category.

(Special thanks to Pyramid Theorem)