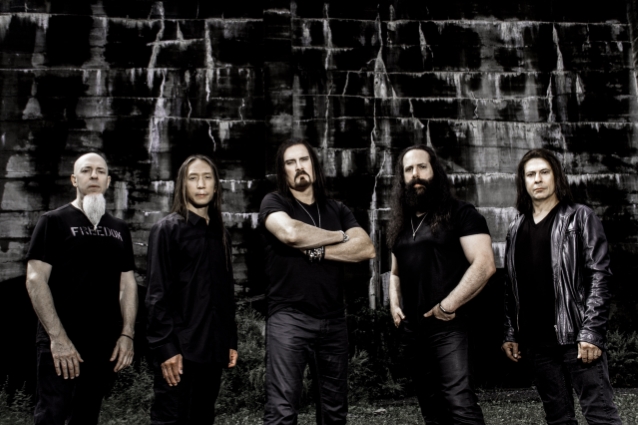 Progessive metal giants DREAM THEATER recently announced the first dates for the "Distance Over Time" world tour, which is also being billed as a 20th-anniversary celebration of the band's fifth album, 1999's "Metropolis Pt. 2: Scenes From A Memory". Asked by Rolling Stone if DREAM THEATER will play the whole record at each show, guitarist John Petrucci said: "We are. The tour is going to be 'An Evening With,' and part of the evening will be playing some of the new record and some older songs in our catalog, and then also playing 'Scenes From A Memory' in its entirety. So it going to be a lot of fun. And that was a really important record for us, speaking of storytelling and all that. Because it was our first concept record."

DREAM THEATER will release its 14th studio album, "Distance Over Time", on February 22, 2019. The artwork was created by long-time cover collaborator Hugh Syme (RUSH, IRON MAIDEN, STONE SOUR). The disc was produced by Petrucci, mixed by Ben Grosse and mastered by Tom Baker.

"Distance Over Time" will mark DREAM THEATER's first album for Sony Music's progressive imprint InsideOut Music. The group spent the past 25 years recording under various labels in the Warner Music Group system, most recently Roadrunner Records, which released five albums by the band between 2007 and 2016.

The "Distance Over Time" tour of North America kicks off on March 20, 2019 in San Diego, California. The tour will run for seven weeks before wrapping up in Mexico City on May 4, 2019. Information on tickets for all upcoming shows as well as VIP packages can be found at DreamTheater.net. 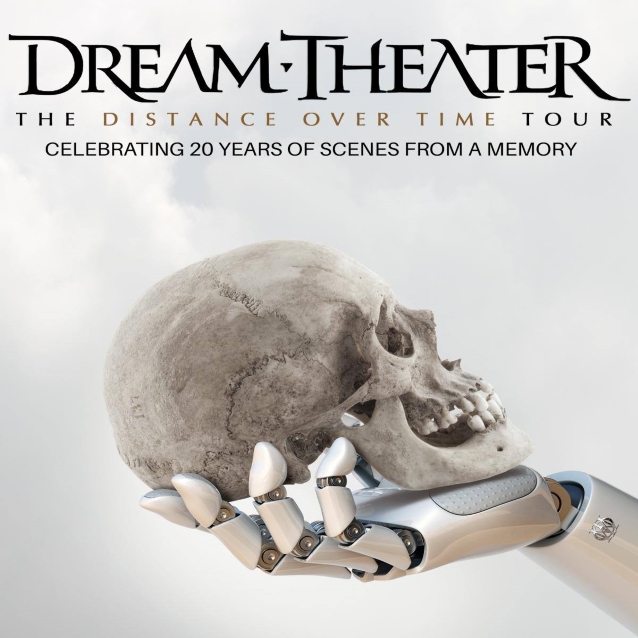