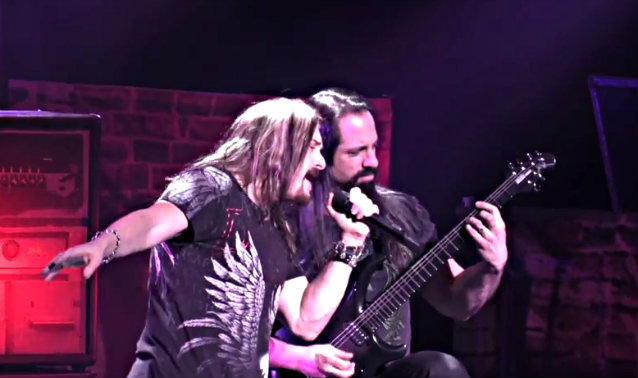 DREAM THEATER's John Petrucci commented on the special event saying: "In many ways, this was a huge homecoming for the band given the history of DREAM THEATER's origins and ties with Berklee.

"With John [Myung, bass] and I both being alumni and Mike [Mangini, drums] having been a professor at the college for 10 years, we saw the opportunity to perform together with the students of Berklee as a tremendous thrill and honor.

"We are extremely grateful for everyone's hard work in making this special event a reality and to all who participated."

He continued: "All of the Berklee College instrumentalists and vocalists did an outstanding job that night and it was awesome to have one of its students, Eren Başbuğ orchestrate and conduct them live at the Opera House after having been a part of our latest studio release in the same capacity.

"DREAM THEATER has always had a great connection to the city of Boston and we knew that against the backdrop of the beautiful Opera House, this would end up being a historic stop on our 'Along For The Ride' world tour and an evening most definitely worth capturing on video.

"Beautifully filmed and directed by Pierre Lamoureux and brilliantly mixed and mastered by Richard Chycki, this is, in my opinion, a major highlight in our nearly 30-year career as a band. We are eagerly anticipating its release this fall and really hope that everyone enjoys it!"

DREAM THEATER keyboardist, Jordan Rudess spoke to GetYourRockOut at this year's Sonisphere festival in the U.K. about whether the band has already begun thinking about the follow-up to last year's self-titled release. He said: "We haven't really gotten into serious band discussions about what's gonna happen next, although we've had little discussions between some of us about what we would like to see happen next. At the same, if I get a good idea in the middle of the night, or whatever, I'll record it onto my iPhone. I elected James [LaBrie, vocals] to kind of be the keeper of some of my ideas; I'll send him little YouTube clips of me playing something I think is cool. And then when it wraps around and we get into writing again and start our process, then we'll go back an see what we've got and kind of figure it out." 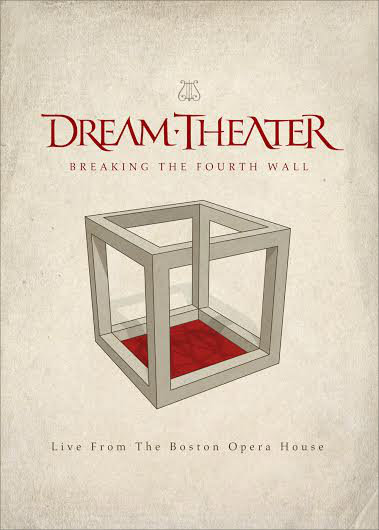