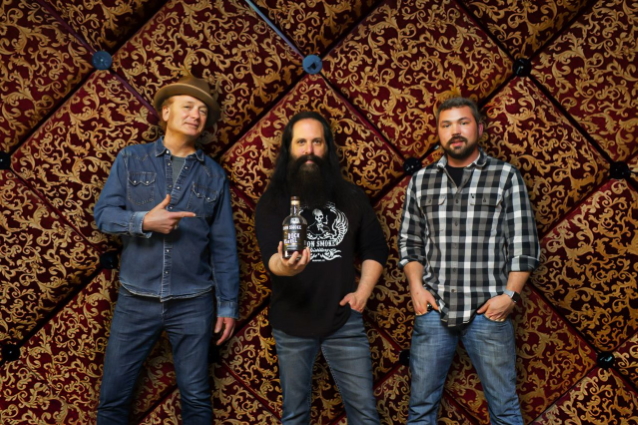 DREAM THEATER guitarist John Petrucci is rocking the world with his first signature bourbon, Rock The Barrel, generated from an exclusive collaboration with Iron Smoke Distillery. The craft bourbon whiskey comes in at a full 120 proof, ready to blow the mind.

"As soon as I tasted Iron Smoke's Cask Strength, I knew I wanted to partner with this distillery," said Petrucci, widely considered to be one of the greatest guitar players of all time. "I take a craftsmanship approach with everything I do — whether it's my guitar playing or the people I surround myself with. I care about details and caring to the fullest is what makes something great. Iron Smoke takes the same approach and that is why we forged what we consider the perfect relationship."

Petrucci is a founding member of the two-time Grammy-nominated progressive metal band DREAM THEATER, and is also a bourbon whiskey aficionado. He personally drove five hours to the Finger Lakes region to taste-test Iron Smoke's Cask Strength. John then hand-picked each of the barrels which were combined for this kick-ass bourbon blend.

"The name, Rock The Barrel, is perfect because it gives you a sense of the experience you will have when this smoky goodness slides over your taste buds," noted Petrucci. "Being from New York myself, I love how they go to family farms to get ingredients and age their bourbon in barrels from our great state."

Rock The Barrel joins Iron Smoke's collection of award-winning bourbon whiskeys created by master distiller Drew Westcott. In 2018, Iron Smoke was rated a 95.5 in Jim Murray's Whiskey Bible and in 2019 was listed in Forbes magazine as one of the "10 Best Bourbons Beyond Kentucky."

"We take the craft of making whiskey just as seriously as John takes appreciating a truly good bourbon. This collaboration is proof of that — 120 proof!" exclaimed Brunett.

Tommy Brunett is an accomplished musician in his own right, having played guitar for MODERN ENGLISH in the 1980's. He has written and produced several albums, and regularly performs with the TOMMY BRUNETT BAND when he's not making whiskey. He feels it is destiny that brought John Petrucci and Iron Smoke together for this collaboration.

"To join an award-winning distillery with one of the world's greatest guitarists — it's an amazing combination. There's nothing like the age-old combo of bourbon and rock n' roll! They go together like Elvis on velvet and we are more excited than a pack of weasels in a hen house!" exclaimed Brunett.

Petrucci grew up on Long Island, and so connecting with a New York State farm distillery was important to him. Many ingredients are grown by farmers within a crow's flying distance. Locals get to savor the smell of apple wood when the Iron Smoke crew uses the handmade smokin' machine to cure the grains.

"For me, it's all about the experience — how the bourbon is made, where it is made, what it smells like, what it tastes like, and even how you talk about it when you are enjoying the moment," said Petrucci. "I can't wait for the world to enjoy a Rock The Barrel moment!"

Starting on May 3, 2021, Iron Smoke's small-batch edition of Rock The Barrel is available for online purchase at ironsmokedistillery.com. Each 750ml bottle, priced at $200, is personally autographed by John Petrucci himself, and the label features an iconic photo of Petrucci holding his signature Ernie Ball Music Man guitar. Customers also receive an all-access laminate which entitles them to join a live online tasting event with John Petrucci and Tommy Brunett.

All purchases come with a coupon for 20% off a Rock The Barrel t-shirt emblazoned with the stylish aesthetic of the bottle's artwork. 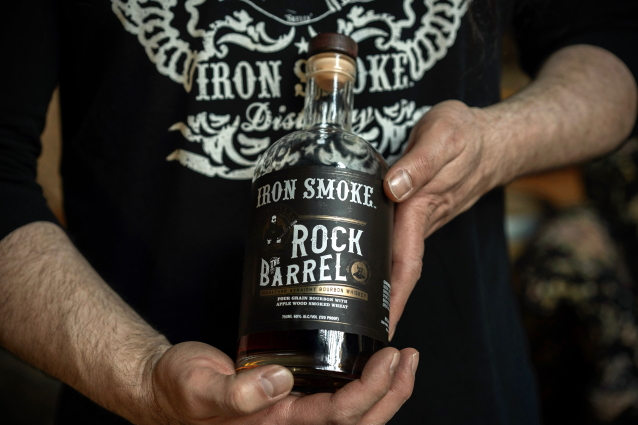 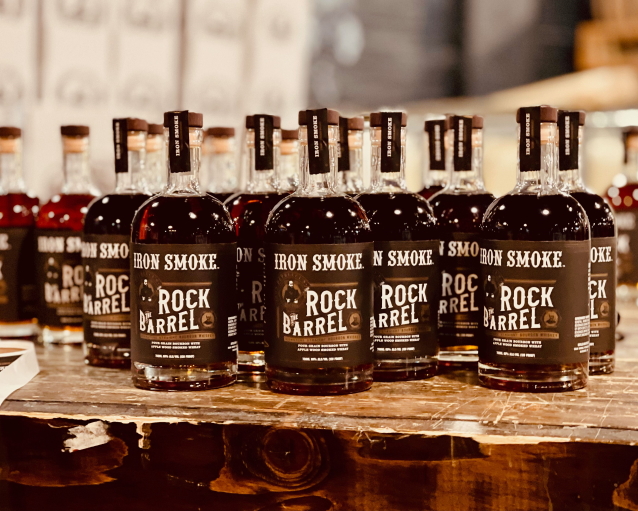