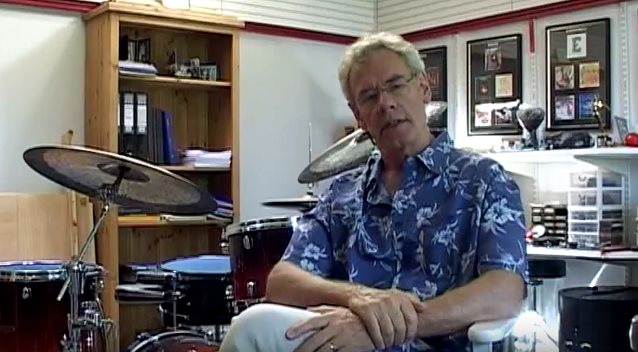 Drum legend and Rock And Roll Hall Of Fame inductee Bill Bruford, best known for his work with YES, KING CRIMSON, GENESIS and his prolific solo career, will release the definitive boxed set "Bruford 1977-1980: Seems Like A Lifetime Ago" on October 28 via Winterfold Records. The limited-edition eight-disc set features previously unreleased, remixed, or remastered material from the BRUFORD band of the late 1970s, presented in a twelve-inch box complete with a sixteen-page color booklet and a signed, numbered certificate of authentication.

Bruford reflects on embarking on a solo career and forming BRUFORD: "I wanted to play drums in a certain way and if you want to hear them played in that way you've got to write the song. You've got to control the audio environment in which your drums are going to be heard and once you're doing that you're into a solo career. Looking back, the band despatched these tricky little compositions with a smile on its face; with brio, vigor and only a handful of wrong notes. The band was over-caffeinated — short on subtlety but long on the sort of majestic stately themes with antecedents in progressive rock that set it apart from contemporaneous American outfits. We were a rock group with a jazz sensibility, rather than a jazz group with rock leanings."

Containing the collected works of BRUFORD on one extraordinary six-CD/two-DVD box set, "Seems Like A Lifetime Ago" is a magnificent testament to one of the U.K.'s most inventive and important progressive fusion bands.

"Bruford 1977-1980: Seems Like A Lifetime Ago" showcases the prodigious talents of Bruford, Dave Stewart, the late Allan Holdsworth (whom the album is dedicated to),Jeff Berlin and the "unknown" John Clark.

Says Dave Stewart: "The great thing about Bill is that he's not just a drummer. He doesn't just think about what he's playing...he's thinking about the whole picture; thinking about soundscapes; what the guitar is doing; the arrangement; the keyboard sounds and so on. He's got this composer/arranger mentality which was there from the beginning and he evolved through the life of the band. He's a deep-thinking musician and it was great working with him for that very reason."

Jeff Berlin adds: "I learned a lot from Bill. Bill was the person who opened more doors for me not only with regards to reputation...he opened up doors to me about sound, presentation, interplay, the elements of a performance, the elements of group interaction. I think it was one of the happiest and musically productive periods I ever had in my career. I was working with fine human beings and with fine musicians."

"Feels Good To Me" and "One Of A Kind" are available on both remastered CD and DVD-A, the latter featuring 2017 5.1 mixes by Jakko Jakszyk. Says KING CRIMSON's Jakszyk on remixing "Feels Good To Me" and "One Of A Kind" into Surround Sound: "I use the original mixes as a guide and Bill handed over the whole 5.1 remix to me. It becomes an immersive experience. I'm not talking about flying instruments around 360 degrees. While that's possible, it's also ridiculous... It's all about sculpting the sound into three dimensions. The new versions of these albums sound much bigger, fatter and warmer and whilst I'm keen to take credit for that the reality is that this is Dave Stewart, Jeff Berlin, Bill Bruford and Allan Holdsworth, and it's not just about their playing abilities; it's that they've got their sound together and what you need to do is replicate that and not mess about with it." 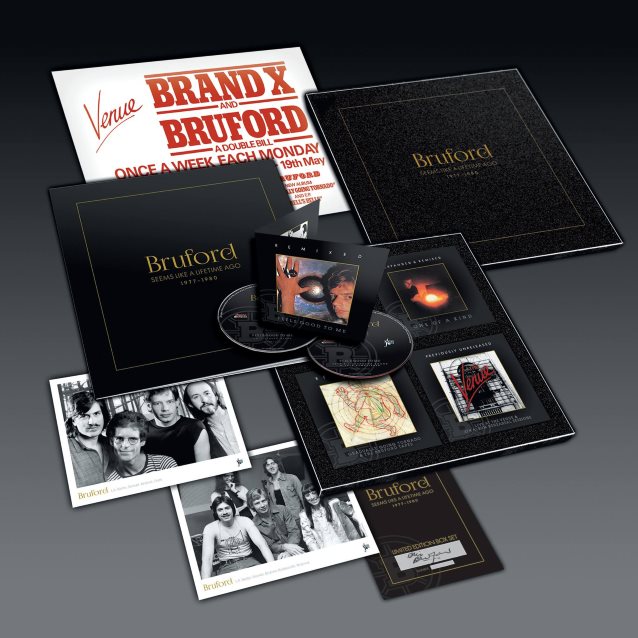