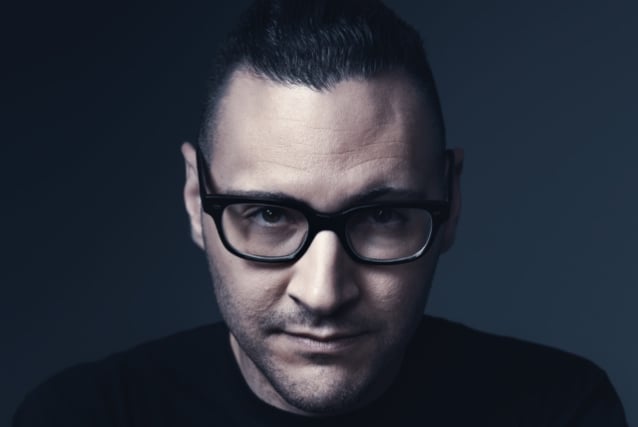 Drummer Gil Sharone has announced his departure from MARILYN MANSON.

The Los Angeles native joined Manson's band in 2013 and was featured on the shock rocker's last two records, "The Pale Emperor" and "Heaven Upside Down". He has also performed with a number of other notable acts, including one of Maynard James Keenan's projects, PUSCIFER, with whom he recorded the "V Is For Vagina" album.

Sharone confirmed his exit from MARILYN MANSON in a social media post earlier today (Wednesday, March 27). He wrote: "After five amazing years playing drums for @marilynmanson, I've decided to leave the band. It's been one of the highlights of my career but it's time for me to pursue other current and future projects. Much love to @marilynmanson and the homies I shared the stage with; @jeordie @tylerbatesofficial @paulwileymm @j_alderete and to the fans. It's been a blast."

Gil is a multiple-time industry award winner, an educator/clinician, and an active member of the bands STOLEN BABIES and TEAM SLEEP. His work further extends into film and television scores, including "Deadpool 2", "Guardians Of The Galaxy 2", "John Wick 1" and "2", "The Punisher" and "Kingdom". He also co-wrote and performed on songs for DC Comics' "Dark Nights: Metal" soundtrack with Tyler Bates and Mike Elizondo.

Gil established himself in the Jamaican styles playing with legends like Eek-A-Mouse, HR of BAD BRAINS, and Dave Wakeling, which inspired him to author an award-winning DVD and book, "Wicked Beats".

After five amazing years playing drums for @marilynmanson, I’ve decided to leave the band. It’s been one of the...