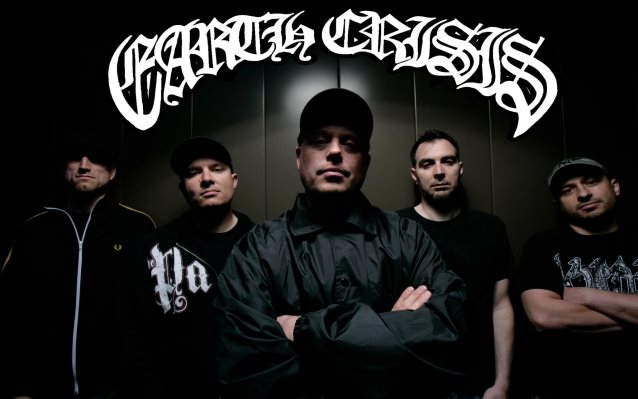 Candlelight Records has set a March 3 European and March 4 North American release date for "Salvation Of Innocents", the label debut from hardcore/metal pioneers EARTH CRISIS. Mixed by Chris "Zeuss" Harris (AGNOSTIC FRONT, TERROR, HATEBREED),the album and its lead single, "The Morbid Glare", will be available for preorder via iTunes and other digital platforms beginning January 20/21.

"Salvation Of Innocents" features twelve new tracks from the Syracuse-formed band. Production of the bold concept album offered the respected five-piece an extraordinary recording experience. Guitarist Scott Crouse shares: "The process for this album was new for us. We did most of it ourselves. The absence of pressure having to get things done by a certain time each day really gave us the freedom to try new ideas and critically listen to the songs. From the music, to the lyrical concept, to the comic book that brings the lyrics to life, we think we've created something pretty unique."

The comic book Crouse mentions is the pairing of EARTH CRISIS with Black Mask Studios' Liberator comic. The hard-edged vigilante series will release its fifth edition simultaneously with the release of Salvation. The Matt Miner-created comic brings its main character and the Salvation Of Innocents'' vivisection concept together in a commanding graphic landscape. Black Mask Studios co-founder Matt Pizzolo says, "It is crazy to me that it took twenty years for comics to produce a set of animal-minded vigilantes strong enough to roll with EARTH CRISIS. It is probably the most perfectly aligned superhero team-up ever."

"Salvation Of Innocents" and Liberator will share original cover art from Chicago-based illustrator/painter Menton3. The comic will feature additional works by illustrators Rod Reis, Javier Aranda and Joaquin Pereyra. Liberator creator Matt Miner says, "Working with EARTH CRISIS on the comic book side of 'Salvation Of Innocents' has been a dream project for me. Our styles, ethics, and ideologies are a fitting match and I'm super excited for folks to read the story."

Fans pre-ordering "Salvation Of Innocents" via iTunes will receive "The Morbid Glare" as an immediate download as part of the digital outlet's Instant Grab Track promotion. Preordering will begin 24-hours prior to a special Lambgoat.com world premiere of the album track "De-Desensitize"", set for January 22.

Talking candidly about the album's single, Crouse says, "'The Morbid Glare' is a song that really challenged most of the band members mainly since it's the fastest tempo we've ever written at. Ian [Edwards, bassist] wrote the majority of the song, and we all had a common goal of trying new things on this record. This is certainly new territory for us. Working at this speed was uncomfortable at times," he says, "but we think the song really came out great in the end."

No hardcore or metal fan can be unaware of EARTH CRISIS or the contributions the band has made to heavy music since their founding in 1989. Regardless of passing trends, the band has maintained their vision, dedication to their craft (and causes),and most importantly respected their fans. Media giants CNN, CBS and MTV have applauded the straightedge, vegan band that to date has released seven full-length albums, two EPs, and two live albums, their most recent, 2011's "Neutralize The Threat" (Century Media).

EARTH CRISIS will kick off 2014 with a performance at the Tough Love Festival in Seattle. Set for February 15, the third annual festival will take place atStudio 7 located at 110 S. Horton Street. 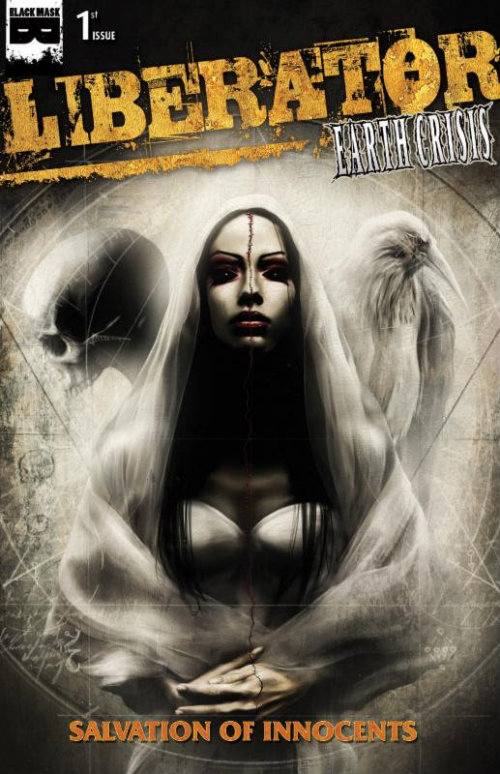