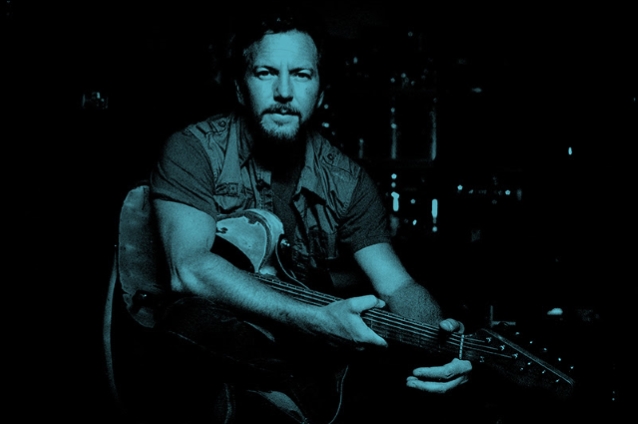 According to The Pulse Of Radio, PEARL JAM singer Eddie Vedder paid tribute to his late friend, SOUNDGARDEN and AUDIOSLAVE frontman Chris Cornell, by performing the first solo song Cornell ever released, "Seasons", during Vedder's own solo concert. He dedicated the song to Cornell's 19-year-old daughter Lily in honor of her birthday.

Vedder played at Düsseldorf's Mitsubishi Electric Halle in the midst of his European solo tour on Monday night (July 1), and he ended his 27-song set with the 1992 Cornell classic, which was featured in director Cameron Crowe's film "Singles".

Vedder and Cornell had a longstanding friendship that began in 1990 with the TEMPLE OF THE DOG project. Vedder had recently been hired as the singer for the band that became PEARL JAM, while the members were simultaneously working with Cornell on a tribute album in honor of MOTHER LOVE BONE's Andy Wood.

Cornell took his own life in May of 2017, and there have only been a handful of times Vedder has acknowledged the loss publicly — including this one. Vedder will next open for THE WHO at London's Wembley Stadium on Saturday (July 6).