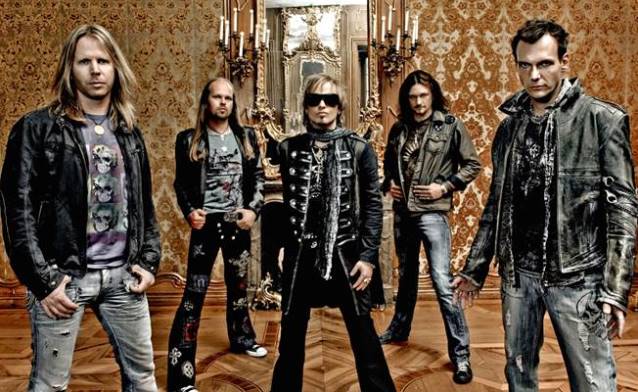 German melodic metallers EDGUY have set "Space Police - Defenders Of The Crown" as the title of their tenth studio album. The follow-up to 2011's "Age Of The Joker" will be released on April 18 via Nuclear Blast.

The album is also going to be available as a two-CD edition with seven bonus tracks.

Comments EDGUY frontman Tobias Sammet: "We recorded a pure epic heavy EDGUY album, our record label demanded a heavy metal cover artwork, so who are we to not obey?! It's got 1. Monster 2. Daredevil Action Hero 3. Fantasy Space Scape 4. Is Hand Painted 5. Fire (coming out of the…) 6. …Weapon

"Now, not giving a shit and getting away with it: THAT is metal!"

Regarding the musical direction of "Space Police - Defenders Of The Crown", EDGUY previously said: "We have focused on what makes this band unique and recorded what we believe is going to be the strongest and heaviest album EDGUY has ever recorded.

"We didn't waste any time with updates or distractions.

"There is no doubt that this album is going to be the album EDGUY will be measured against in the future. And it makes us proud to say that as a band that has been existing for over 22 years now, fully aware that the best is yet to come."

"Age Of The Joker" sold around 1,200 copies in the United States in its first week of release. The CD debuted at No. 21 on the Top New Artist Albums (Heatseekers) chart, which lists the best-selling albums by new and developing artists, defined as those who have never appeared in the Top 100 of The Billboard 200.

EDGUY's previous CD, "Tinnitus Sanctus", opened with 600 units back in February 2009 to land at No. 88 on the Top New Artist Albums chart.

"Age Of The Joker" was released in Europe on August 29, 2011 via Nuclear Blast Records. 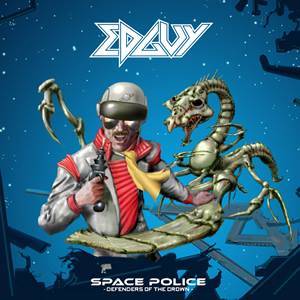