"Knochenkult", the seventh album from the German, lyrically extreme, dark metal band EISREGEN, has entered the German Media Control chart at position No. 40.

Formed in 1994, EISREGEN's members hail from Tambach-Dietharz, a village in Thüringen (Thuringia). By using morbid German lyrics unlike those of other bands of this genre, they caught the attention of the German authorities, which attempted to ban three of the group's albums, one EP and one live video. The reason that was given for ban was was that the lyrics were "grausam, menschenverachtend, frauenfeindlich, verrohend und sozial-ethisch desorientierend" (cruel, inhuman, misogynistic, brutalizing and socially/ethically desorienting).

"Knochenkult" was recorded at Klangschmiede E studios under the watchful eye of Markus Stock and contains 10 tracks featuring a "unique combination of clean and almost inhuman vocals, remarkable melody lines, pounding drums and for sure the very unique way of lyrics, for which EISREGEN are famous (and infamous) for," according to a press release. "Lyrically, as always on a top level, M. Roth did not step back at all on the heavniess of the told stories from the dephts of real horrors. Songtitles such as 'Das liebe Beil', 'Sei Fleisch & Fleisch sei tot', 'Treibjagd' prove, that even in the 13th year of band history still the bands does no compromise!" 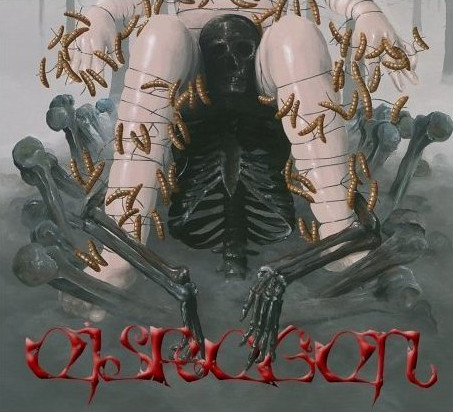