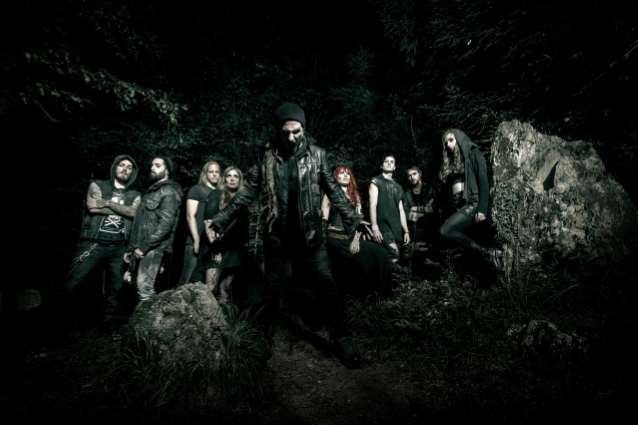 Swiss folk metallers ELUVEITIE are working on the follow-up to their highly acclaimed 2017 album "Evocation II - Pantheon". The band is recording the new disc at Tommy Vetterli's Newsound Studio in Switzerland.

A year ago, ELUVEITIE released the single "Rebirth", which gave fans a sample of what they can expect to hear on the forthcoming album. The official video for "Rebirth" was produced by Wolfgang Wolman and Oliver Sommer (AVA Studios) and can be seen below.

A very special 10th-anniversary edition of ELUVEITIE's second studio album, "Slania", will be released on November 16 via Nuclear Blast. "Slania - 10 Years" contains a number of bonus tracks, including demos and acoustic versions.