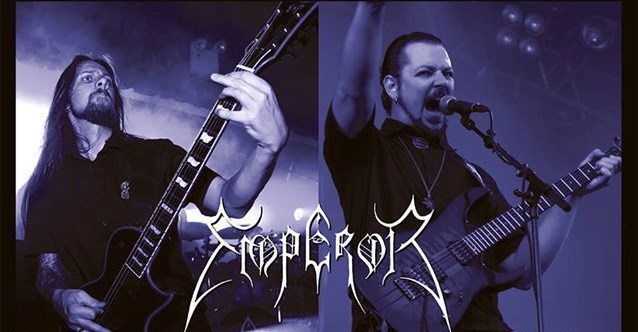 Norwegian black metallers EMPEROR will celebrate the 20th anniversary of their "In The Nightside Eclipse" album by making a number of festival appearances next year. In addition to performing at Germany's Wacken Open Air, the band will headline the 2014 edition of the the Bloodstock Open Air festival, set to take place next August at Catton Hall, Walton-On-Trent, West Midlands, United Kingdom. EMPEROR members Ihsahn (real name: Vegard Sverre Tveitan) and Samoth (real name: Tomas Haugen) will be joined by Bård Guldvik "Faust" Eithun on drums, and they will perform the CD in its entirety. There will be no new studio album or a worldwide tour — only a few exclusive festival appearances next year to mark the celebration of this landmark release.

The news of EMPEROR's appearance at Wacken Open Air was announced on August 2 at this year's edition of the festival at a press conference which was attended by Ihsahn and Samoth.