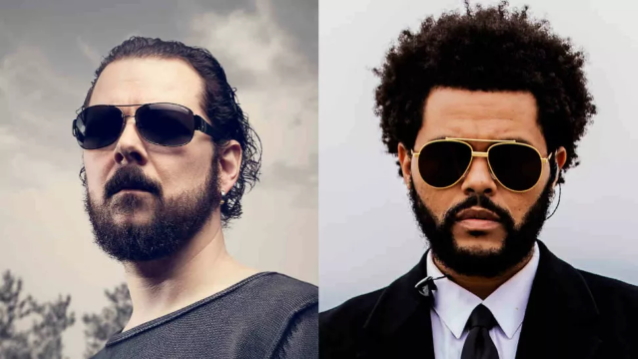 Black metal legend Ihsahn has criticized the current metal scene for its lack of "danger", claiming that R&B superstar The Weeknd is "edgier and more experimental."

The EMPEROR frontman, whose real name is Vegard Sverre Tveitan, voiced his opinion on The Weeknd after telling Metal Hammer magazine that he has recently been listening to the new album from the popular Canadian singer-songwriter, born Abel Tesfaye, titled "Dawn FM".

"It's so heavy," Ihsahn said. "Maybe it's just me being old and grumpy, but there's so much new metal coming out where there's no danger. I listen to a lot of commercial R&B like The Weeknd. That's darker and more edgy and more experimental than most new extreme metal bands, to be honest."

This is not the first time Ihsahn has praised an artist far removed from his own genre. Back in 2018, he claimed that his solo music has been influenced by "the bravery" of Kanye West's "Yeezus", which had been described by some as the controversial rapper's most divisive album.

"Let's be honest, as a person, the character, he's not the most easy to empathize with," Ihsahn said of West in an interview with the Czech Republic's Metalshop TV. "But sometimes your relationship with the person, the artist, if they act the way you don't [like], you bring that with you when you listen to the music. But in spite of that, there's no denying that it's so brave. And I think the kind of megalomaniac ego that goes behind it makes it that genius; that is so brave. There's no commercial thought when you do an album like that, when you just scream out this lyric: 'I am a God.' It's crazy, and I love it."

Ihsahn continued: "I have this theory that the really new creation in music, the real genius happens in the underground, where there's no money and people just do it for the artistic ambition, and all the way at the top where's so much money that they don't even care, and they can do anything. And there's all the rest in the middle who try to do the 'right' things and [make] those compromises to get there."