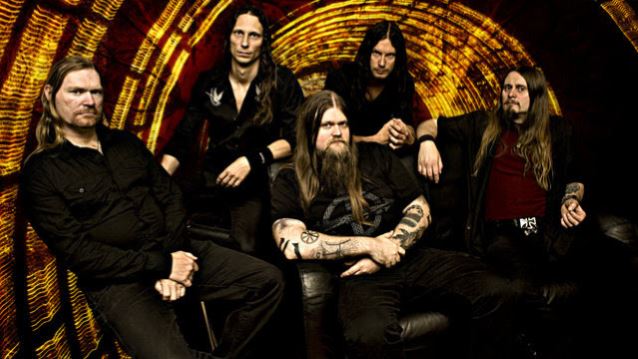 "Roadburn Live" is ENSLAVED's first official live album, a split release between Roadburn Records and By Norse Music. The album was recorded during one of band's headlining shows at the renowned Roadburn festival 2015, an edition curated by ENSLAVED's guitar player Ivar Bjørnson.

Walter Hoeijmakers, Roadburn's artistic director, comments on the release: "It's no secret that there's a strong friendship between Roadburn and ENSLAVED. One of the most hard-hitting and progressive bands to come out of Norway, ENSLAVED has played a significant part in the festival's history — both musically and antically. Not only has ENSLAVED been our artist in residence, bringing side-projects such as The Armageddon Concerto (the ENSLAVED/SHINING collaboration),Dream Of An Opium Eater, and Trinacria To Roadburn, Ivar Bjørnson has also been our 2015 co-curator, along with WARDRUNA's Einar Kvitrafn Selvik, resulting in SKUGGSJÁ's first-ever performance outside of Norway. ENSLAVED's 2015 performances were the pinnacle of this enduring and artistic friendship, and showcased the massive influence the band has had on both Roadburn and the (underground) metal scene for the past two decades. To have these shows captured on vinyl is a dream come true for me, and I truly hope it's the same for anyone who was in attendance, or those who want to indulge themselves in the Northern magic of ENSLAVED."

"Roadburn Live" will be available as limited and exclusive Record Store Day color editions and as Roadburn/ENSLAVED-webshop gold edition including the original A3 Roadburn poster and color stickers.

An unpacking video of the exclusive Record Store Day clear edition of "Roadburn Live" (Europe only) can be seen below.

To celebrate the release, what better way than to hold a playback session with the members of ENSLAVED at the Roadburn festival 2017. Becky Laverty of Roadburn festival comments: "ENSLAVED and Roadburn share a history that is entwined and their 2015 performance on the main stage was such a fantastic milestone for both parties, that it makes perfect sense for the show to be released as a live album. As the album will be released during Roadburn 2017, it seemed fitting to invite attendees and the band alike to join us for a playback session at the festival as part of our popular side program."

After celebrating their twenty-five year anniversary in 2016 showcasing a majority of older material, "Roadburn Live" displays songs mainly from the "newer" and more progressive era of ENSLAVED's career, with songs from "In Times", "Riitiir", "Isa", "Below The Lights" and "Monumension". Featuring guest appearances of Einar Selvik (WARDRUNA),Aðalbjörn Tryggvason (SÓLSTAFIR),Per Wiberg (OPETH, CANDLEMASS),and Menno Gootjes (FOCUS) on "Immigrant Song", the first cover song by ENSLAVED to appear on any record ever.

Grutle Kjellson comments on the album: "I'm generally not a huge fan of live albums. I like to be present at a show, to grasp the energy of the band, and to witness the sometimes magical symbiosis that occurs between the band and the audience. I am, however, a huge fan of the Roadburn festival! I consider this to be my all-time favorite, both as a musician and as a guest. Therefore, if ever ENSLAVED were to release a live album, it had to be from a Roadburn show! I hope you will enjoy listening to this piece of wax as much as we did recording it!" 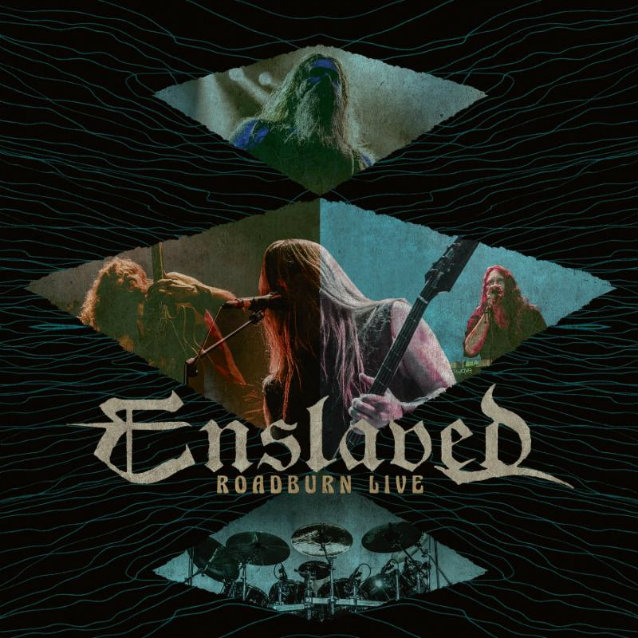