DrugMetal.ru has uploaded a 13-minute video report on ENTOMBED A.D.'s December 7 concert at the Volta club in Moscow, Russia. Check it out below. It features performance footage of three complete songs:

"There was too much bullshit — crying and whining about things. It's just ridiculous. 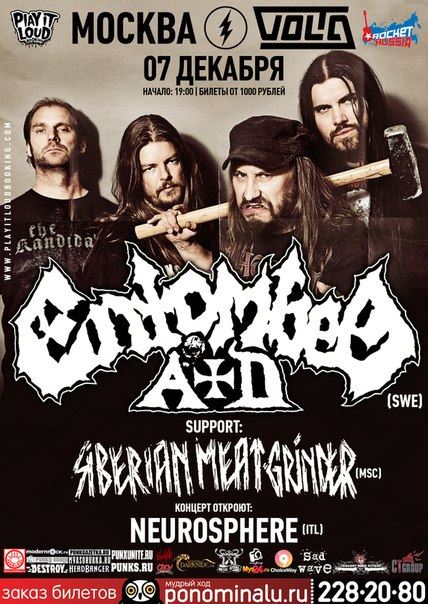