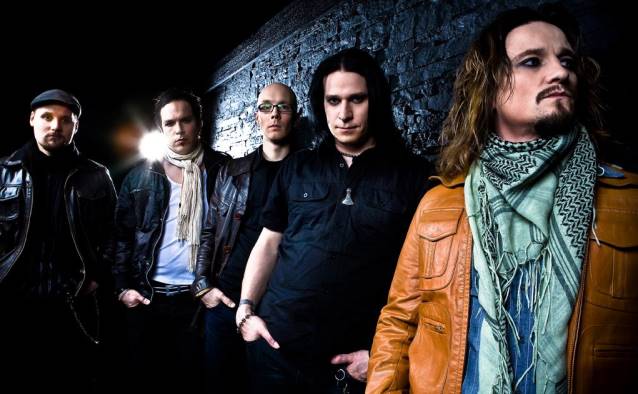 Finnish gothic metallers ENTWINE entered the studio earlier today (Wednesday, January 15) to begin recording their seventh album, due later in the year via Spinefarm Records. The recordings for the follow-up to 2009's "Painstained" are taking place at Petrax and Wave Sound Studios in Finland.

ENTWINE's first-ever "best-of" collection, "Rough n' Stripped", entered the official chart in Finland at position No. 37 back in July 2010. The compilation is a double album, with the first disc containing original versions of the band's best material and the second disc featuring new acoustic or remixed versions of the group's lighter and mellower songs. Both CDs also feature brand new songs as opening tracks.

"Painstained", which was made available in Finland in January 2009, was recorded with producer Hiili Hiilesmaa (HIM, APOCALYPTICA, SENTENCED).