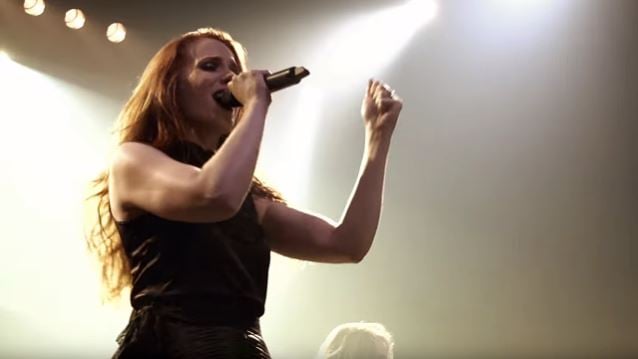 Dutch symphonic metallers EPICA have released the official live video for their song "Unchain Utopia", filmed live earlier this year at the Ancienne Belgique in Brussels, Belgium. The clip was shot and edited by Jens De Vos and his team at Panda Productions. The show was recorded by Ace Zec and mixed by EPICA producer Joost Van Der Broek.

EPICA will return to North America in January for its rescheduled "Enigma" tour. Support on the trek will come from MOONSPELL and STARKILL.

Commented EPICA frontwoman Simone Simons: "We were really disappointed when we were forced to drop our tour with ELUVEITIE because of my father's life-threatening accident. Luckily, my father is doing much better at the moment, and it is time to return to North America to finish what we started.

"Unfortunately, due to recording commitments, we are only able to reschedule part of the tour. We'll try to catch up on those missing shows as soon as possible and with a new album in our pocket!

"We can’t wait to be back in North America together with our friends from MOONSPELL. See you at one of the shows."

EPICA VIP tickets and uprades are available through Soundrink. VIP bundles will include a meet-and-greet as well as exclusive merchandise such as a seven-inch vinyl.

EPICA's fall 2015 run was supposed to mark the band's long-awaited return to North America after their tour with MACHINE HEAD in late 2014 got canceled. It was also to be the band's first North American trek in support of their latest album, "The Quantum Enigma", which hit the charts all over Europe and beyond. 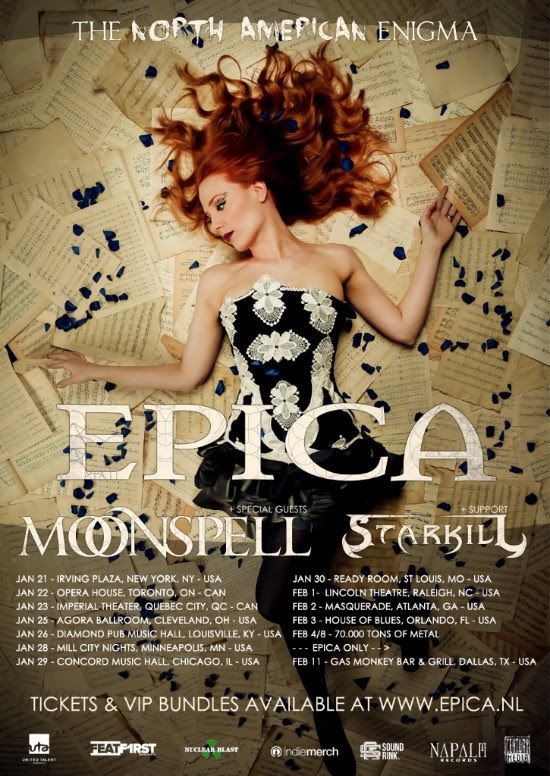