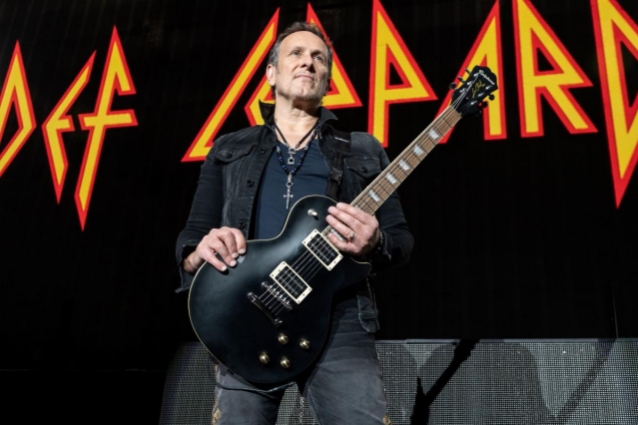 Epiphone — the leader in affordable professional instruments — presents the new Vivian Campbell "Holy Diver" Les Paul Outfit, the debut signature model by Vivian Campbell, the iconic guitarist for DIO and DEF LEPPARD. The "Holy Diver" is based on Vivian's prized Les Paul used on DIO's classic albums "Holy Diver" and "The Last In Line" and features a Mahogany body with a Maple cap, DiMarzio X2N open coil humbuckers, an EpiLiteTM case, and a hand-signed Certificate of Authenticity. Available for a limited time only. See authorized Epiphone dealers for details and for more information, visit: www.epiphone.com.

"First of all, I'm flattered that Epiphone would do this for me," says Campbell. "It's a quality guitar. Over the decades I've amassed a lot of guitars, but my original Les Paul is certainly the most valuable. It's been quite a journey that we've been on. I hope the Epiphone 'Holy Diver' means as much to some young guitar player as my own heroes did to me back in the day."

The Epiphone Vivian Campbell "Holy Diver" has a classic Les Paul profile made from Mahogany with a Maple cap in a Black Aged Gloss finish, a 3-piece Maple neck with volute, an Indian Laurel fingerboard, and medium jumbo frets. To power the "Holy Diver", Campbell chose DiMarzio X2N humbuckers with wide bar pole pieces that produce a powerful magnetic field to easily push your amp into overdrive. Hardware includes a brass nut and output jack, an ABR-1 LockToneTM Bridge and Stopbar tailpiece for fast and reliable intonation, and chrome Epiphone Strap Locks. An EpiLiteTM case and a Certificate of Authenticity signed by Vivian Campbell is included. Look for the Vivian Campbell "Holy Diver" Les Paul outfit at authorized Epiphone dealers everywhere in fall 2019.