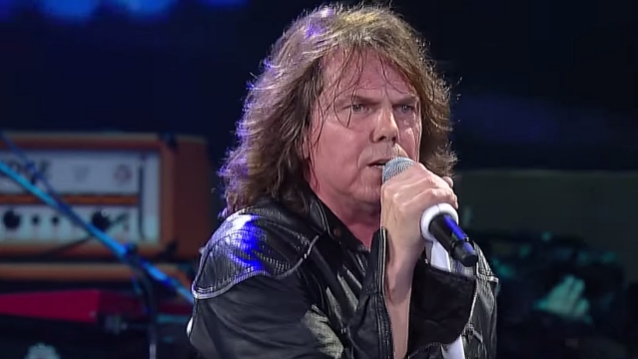 Swedish hard rockers EUROPE performed at the wedding of Sergio Ramos and Pilar Rubio on Saturday, June 15 in Seville, Spain. The band reportedly arrived on stage in a red dragon that was held by a crane, and played a 40-minute set of its classic songs, including the timeless hit "The Final Countdown".

It was originally reported that either AC/DC or AEROSMITH would perform at the the reception, which took place on Ramos's farm, with some reports suggesting that AC/DC was offered a million euros for the gig. In the end, the rumors proved to be false, and the Australian hard rock legends were nowhere to be seen at the event.