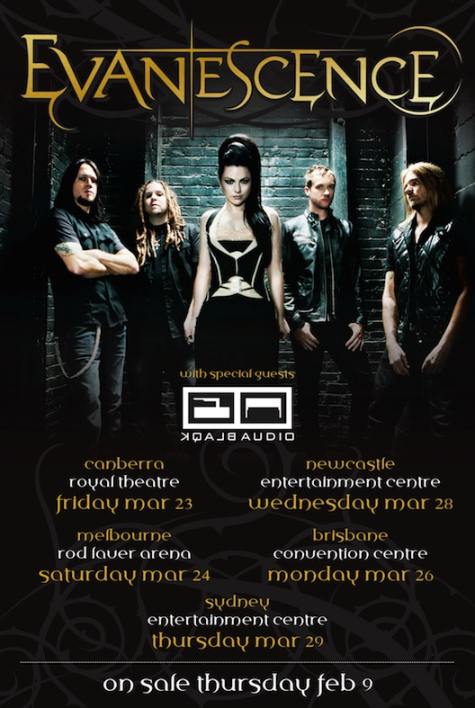 EVANESCENCE Frontwoman: 'I Never Want To Try To Force Something To Happen'

Kathy McCabe of Australia's The Telegraph recently conducted an interview with EVANESCENCE frontwoman Amy Lee. You can now watch the chat below.

When asked about the long gap between EVANESCENCE's second album, "The Open Door", which came out in 2006 and the band's latest CD, which arrived last year, Amy said, "It was important for me to have the freedom to go 'I don't know what's going to happen' and take the time off to wait for the inspiration to come.

"I never want to try to force something to happen because it's what the fans want, or what the label wants, or what's going to make me the most money. I think it's so much more important for me to feel like I'm doing something because it's what I really want, otherwise I'm just going to get burnt out and want to quit."

Regarding how the new feeling of harmony within the band affected the album's musical direction, Amy said, "There's lots of experimentation but more than that the new record was about mastering the sound of EVANESCENCE ... by bringing those original feelings and inspirations and applying them to us now. It's a lot of things all at once so it's hard to describe, but everyone working together and finding that band thing is what drove this record on. That and us being in a place where we know who we are."

EVANESCENCE's self-titled third major label album sold 127,000 copies in the United States in its first week of release to land at position No. 1 on The Billboard 200 chart. The band's previous CD, "The Open Door", opened with 447,000 units back in October 2006 to debut at No. 1.

"The Open Door" has shifted 2.1 million copies in the United States so far, according to Nielsen SoundScan.