EVANESCENCE Singer To Perform At 'Nightmare Before Christmas' Opening

EVANESCENCE singer Amy Lee will perform her version of "Sally's Song" prior to the sold-out opening night of Tim Burton's "The Nightmare Before Christmas" in Disney Digital 3-D in Hollywood, California on Friday, October 17 at 7:00 p.m. Lee will also sing the track on NBC-TV's "The Tonight Show with Jay Leno" on October 13. The tune is taken from the recently released "Nightmare Revisited", a collection of songs from Tim Burton's 1993 movie "The Nightmare Before Christmas" reworked by artists such as KORN, MARILYN MANSON, RISE AGAINST, FLYLEAF and others.

Lee told The Pulse of Radio a while back that her own music is heavily influenced by movies and that she'd like to try composing a film score at some point. "The biggest thing that's inspired our music, honestly, is film, and that's kind of what gives it that epic feel and that's just, it's very much movie-inspired," she said. "You're inspired by the drama. You know, it's like life isn't dramatic enough to completely fulfill the sound of my lyrics, I guess. I love scoring, so I'd love to do that. That would be fun."

EVANESCENCE spent most of 2007 on the road behind the band's double platinum 2006 album, "The Open Door".

Lee is the only remaining original member of the lineup, with the group going through a number of personnel changes over the past few years. 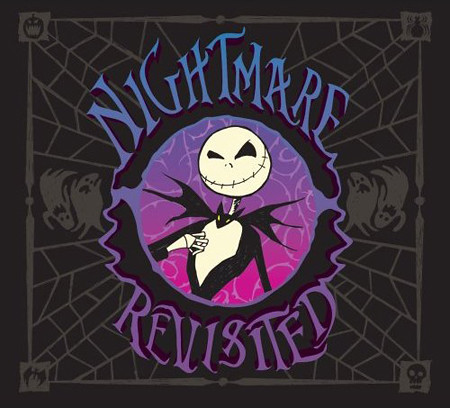