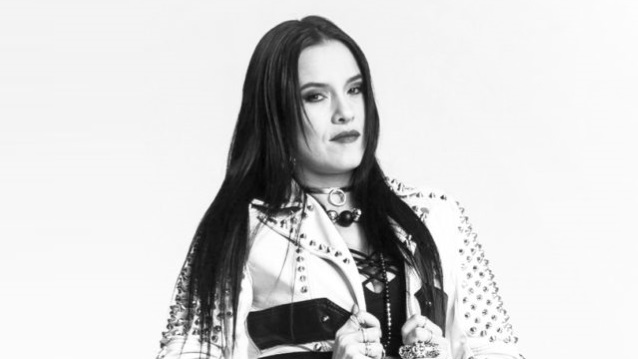 EVANESCENCE's JEN MAJURA Made No Compromises On 'InZENity' Solo Album

Said Jen: "The big difference [between] 'InZENity' [and] my first solo album is mainly that I decided to not make any compromises this time. On my first solo album, I tried to find a compromise of how I do wanna sound and of how I am expected to sound for the music industry. That, of course, went totally wrong, and for 'InZENity', I didn't let anyone tell me what I can or cannot do, how I do have to write songs, etcetera. I listen to a lot of diverse music, so why should I limit myself with staying in a genre box?!"

Majura also talked about the musical direction of "InZENity", which covers everthing "from pop to hard rock to metal with death growls," she said. In addition, it "contains background vocal work in the style of EXTREME, QUEEN or KING'S X. But the intention for me as a musician is always to write a solid song, and if the song doesn't [require] a guitar solo, then there won't be one. Many people expect a whole lot of shredding guitars when they listen to a guitarist's solo album. My goal for 'InZENity' was to put out an album that is just entertaining, honest music instead of showing off on my instrument."

In a separate interview with Make Weird Music, Jen said that the black-and-white "InZENity" artwork was inspired in part by the music's diversity. "It's 'InZENity' because you find your inner peace, your inner zen, as soon as you accept and acknowledge all those opposites inside of each of us, like black and white," she explained. "You have mellow and happy, fast and slow, and all those different opposites together give you that inner calmness. That's my inzenity that I found in this album, because the opposites are not only in the black-and-white artwork, it's in the songs that I picked to record, it's in each song. I tried to be very dynamic. A lot of songs nowadays lose dynamics, so I really wanted to keep the verses so smooth and sweet and then go, like, 'Oh my God. Here's a big chorus that changed the entire song!' and then go back to the very sweet verse. So, it's the whole philosophy in everywhere."

Regarding the differences between performing with EVANESCENCE and being a solo artist, Jen said: "[Being] in EVANESCENCE, you know, it's a gig you might get once in your life when you're really lucky. It's a great, great world I was allowed to dive into, but, to be honest, as a guitar player, what I'm playing in EVANESCENCE is not as challenging, like some stuff that I played before. But that is mainly because, like I said, I want to play guitar that supports the song. A lot people ask me, 'Are you going to play the songs different now in your style?' I'm, like, 'Hell no. Somebody wrote that song. Show respect to that somebody who wrote that song.' Because the way that it's been written is perfect the way it is. So why would I change it? So it's not a sort of creative process in EVANESCENCE right now for me when it comes to playing guitar. We'll see about that in the future, but for right now, I'm literally having Troy [McLawhorn] show me what to play. And, of course, I try to keep my sound and my style, but it's not that I'm changing anything. So it's a whole different ballgame when you get to play what's just coming out of you. It's, like, 'Okay, here's me and a guitar. Let's do something.' It's a different approach than, 'Okay, show me what to play.' So you can't really compare it to each other." 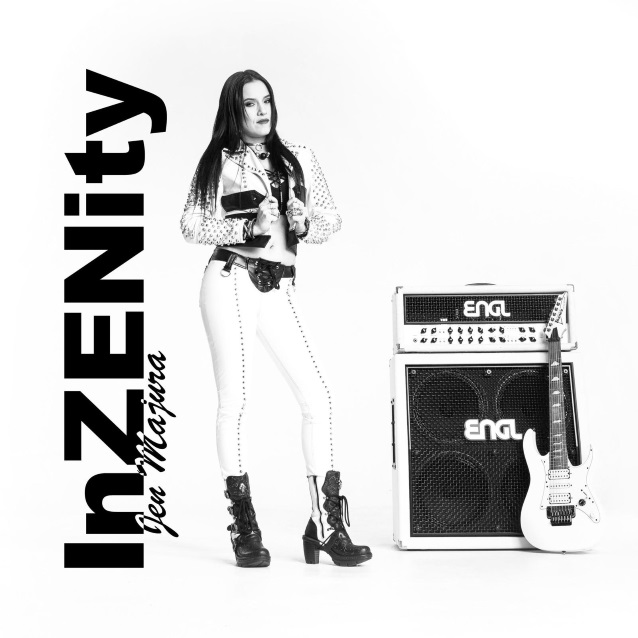