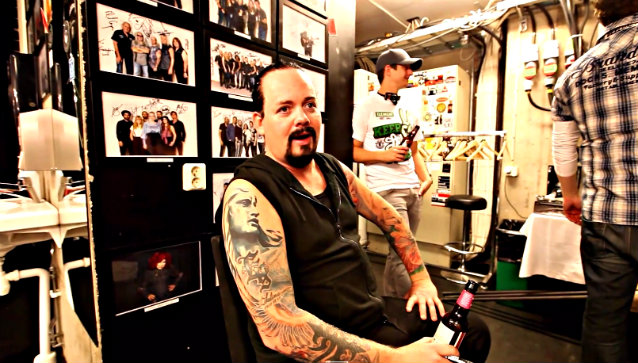 EVERGREY: Video Footage From 'Hymns For The Broken' Release Party

Rocksverige.se has uploaded video footage from the Gothenburg release party for "Hymns For The Broken", the new album from Swedish metallers EVERGREY. Check it out below.

"Hymns For The Broken" was released on September 26 in Europe and will be made available on September 30 in the U.S. via AFM Records. The CD was recorded at a few different studios and mixed at Hansen studios in Ribe, Denmark by Jacob Hansen (VOLBEAT, AMARANTHE, EPYSODE, PRETTY MAIDS, DORO).

"Hymns For The Broken" track listing: