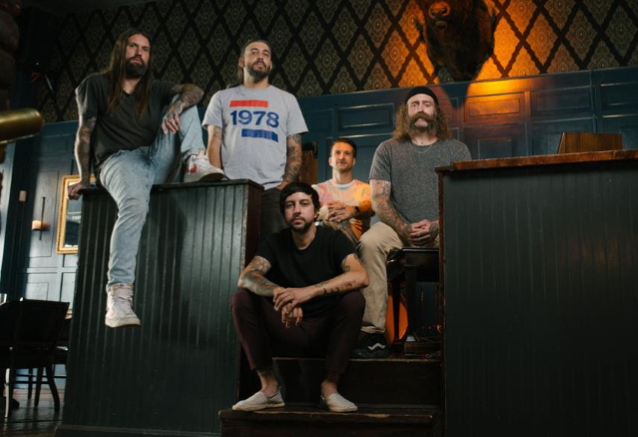 Buffalo-based hardcore heroes EVERY TIME I DIE will play the last three concerts of their current tour without singer Keith Buckley, who is taking time off from the road to "rest and prepare" for the band's upcoming holiday shows.

EVERY TIME I DIE announced Buckley's absence from the tour in a social media post earlier today. The group wrote: "Mental Health is a real issue and when not treated has an impact on so many people. Keith needs to take this time to rest and prepare for the holiday shows and we wish him a quick recovery. We also understand that so many of you have been looking forward to these last few shows on our tour. We don't want to let you down so we'll be playing these last three shows without a vocalist. Like Keith always says 'this mic is your mic'. So come and help us finish up this tour. Anyone that no longer wants to attend will be given refunds at point of purchase."

EVERY TIME I DIE's ninth studio album, "Radical", was released in October via Epitaph. Produced and mixed by Will Putney (THE ACACIA STRAIN, BODY COUNT, THE AMITY AFFLICTION),the LP is 16 tracks of peak EVERY TIME I DIE, alchemized by a swampy summoning of southern rock and coarse poetry, the music swirls beneath sardonic and clever wordplay, cementing the band as leaders, not followers.

"I'm dealing with difficult matters this time that isn't only personal for me but are also universal and more communal experiences," Keith previously explained. "The songs are realistic in that they acknowledge that things require a lot of work. But it's ultimately a very hopeful and uplifting record."

EVERY TIME I DIE's holiday extravaganza, "'TID The Season", will take place in its hometown of Buffalo, on December 10 and December 11. The band will also support post-hardcore band UNDEROATH on the road early next year.

Mental Health is a real issue and when not treated has an impact on so many people. Keith needs to take this time to...