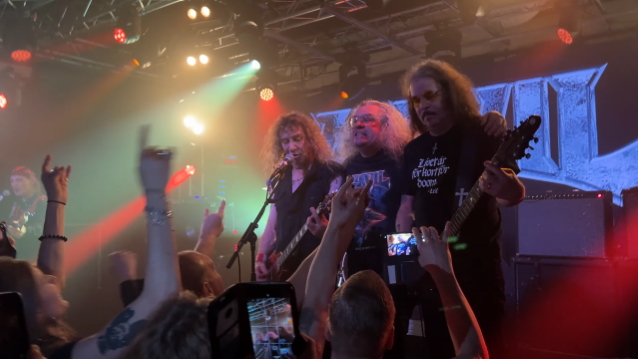 Former CANDLEMASS singer Messiah Marcolin and longtime CANDLEMASS guitarist Mats "Mappe" Björkman joined Canadian metallers ANVIL on stage this past Thursday (October 27) at the Slaktkyrkan venue in Stockholm, Sweden to perform the classic ANVIL song "Metal On Metal". Fan-filmed video and photos of their appearance can be found below.

Messiah told BLABBERMOUTH.NET: "It's the first time in 16 years me and my old friend Mats Mappe Björkman from CANDLEMASS [were] together on the same stage. We are both old ANVIL fans since being teenagers. Since we are friends with ANVIL they invited us up on stage and it was great fun!"

Marcolin exited CANDLEMASS for the presumably final time in 2006, one year after the release of the band's self-titled album. He was later replaced by Robert Lowe (SOLITUDE AETURNUS),who sang on the band's "King Of The Grey Islands" (2007),"Death Magic Doom" (2009) and "Psalms For The Dead" (2012) LPs. CANDLEMASS's frontman between 2012 and 2018 was Mats Levén, who previously recorded and toured with YNGWIE MALMSTEEN and THERION. Four years ago, CANDLEMASS fired Levén and rehired Johan Längqvist. Längqvist sang on CANDLEMASS's debut album, 1986's "Epicus Doomicus Metallicus", before exiting the group and being replaced by Marcolin.

Tonight was a UNIQUE evening when Mappe and Messiah from Candlemass did a guest apperance with the legendary Anvil! 🔥🤘🏼... 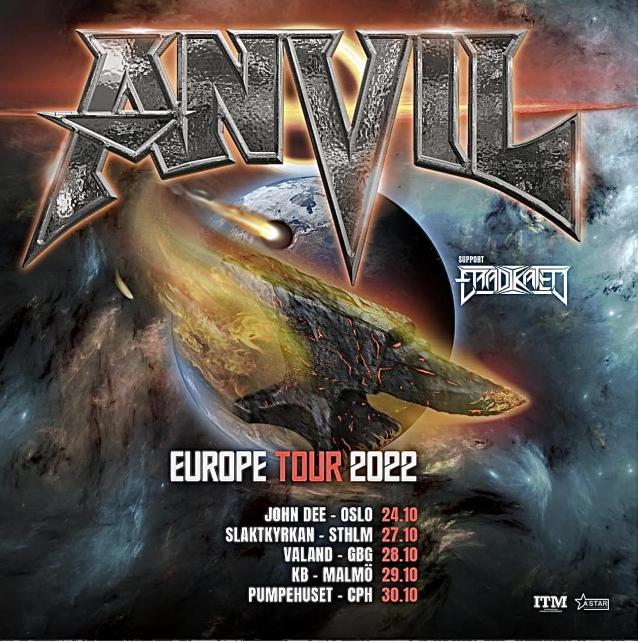