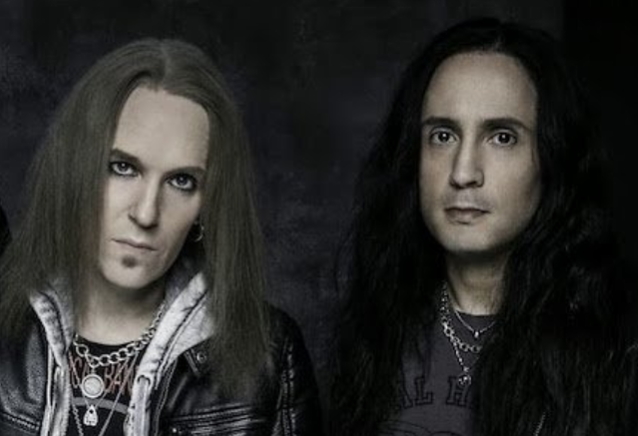 Laiho passed away on December 29, 2020 in his home in Helsinki, Finland. The 41-year-old had reportedly suffered from long-term health issues leading up to his death.

Freyberg, who played with NAILDOWN and NORTHER before joining CHILDREN OF BODOM in 2016, told Revolver magazine that he had no clue Alexi had only a few months to live while they were working on the first BODOM AFTER MIDNIGHT material last year. "He seemed as normal as ever," Daniel said. "Yeah, I definitely didn't see this coming."

Asked what Alexi was like on a personal level, Daniel said: "He was a very humble guy. Never made a fuss about himself, you know? He had an excellent sense of humor — really black, gallows humor. It was awesome. He was a very down-to-earth guy and a private guy outside of the band.

"He was very likable," Freyberg added. "Everybody wanted to be around him and everybody wanted a piece of him. That was exhausting to him — he was always in the spotlight. But he was very loyal and generous towards his friends and always curious about how they were."

Earlier this month, Alexi's cause of death was revealed to be "alcohol-induced degeneration of the liver and pancreas connective tissue." Furthermore, Laiho had a cocktail of painkillers, opioids and insomnia medication in his system at the time of his passing.

Alexi and drummer Jaska Raatikainen founded CHILDREN OF BODOM in 1993, and the band was one of the most internationally acclaimed metal acts in Finland up until their very last farewell concert in December of 2019. Last year, Alexi put together BODOM AFTER MIDNIGHT, which recorded three songs and shot one music video, to be released in April.