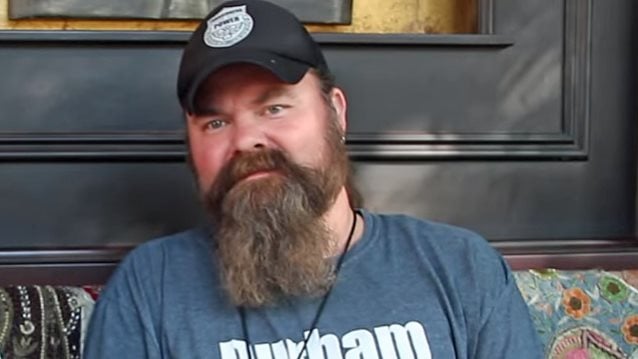 Former CORROSION OF CORFORMITY singer Karl Agell has paid tribute to iconic MOTÖRHEAD frontman Ian "Lemmy" Kilmister, who died late last year at the age of 70 after a brief struggle with cancer.

Writing on his Facebook page, Agell said: "So many of us have Lemmy stories. The man, the legend was accessible and super fucking cool to boot. He never forgot the fans... ever.

"Here's my personal Lemmy story. It was the very first time I met him.

"It was 1990 and C.O.C. was just embarking on our first European tour with D.R.I. We were in London, on the verge of kicking things off. Woodroe [guitarist Woody Weatherman], Pepper [Keenan, guitar/vocals] and I decided to leave the hotel and grab a drink down the street. We walked into a random pub and who should we see playing a video game but Lemmy. The place was basically empty. We worked up the nerve to go talk to him. 'Hey, you're Lemmy, man. It's an honor to meet you. We're in a band called CORROSION OF CONFORMITY.' He said, 'I know who you are. You boys have the second greatest logo in the world.'

"I still have the glass from the whiskey he bought me."

Lemmy, who celebrated his 70th birthday on Christmas Eve (December 24),learned two days later that he was afflicted with an aggressive form of cancer. He died on December 28 in Los Angeles.