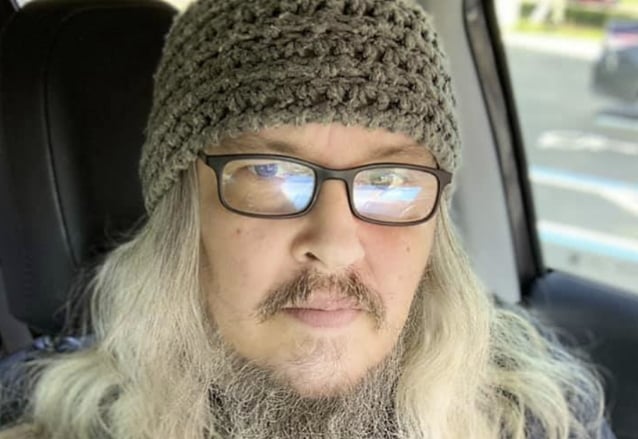 In a new interview with Heavy Culture, Murphy stated about playing the two concerts: "On the nights, I didn't feel all that incredibly good. I actually felt a little bit better the first night than I did the second. I was suffering a little bit dehydration and a little bit lack of preparation. [Laughs] Honestly, I don't think that I performed very well at all, but I think people were happy just to see me on stage.

"I had 16 years of rust to clean off — the gears were caked with rust," he explained. "I had not played live in front of people since, I think, 2005 at the 'Roadrunner United' [Roadrunner Records] 25th-aniversary concert in New York City. That's well documented — it's on DVD and also just on the Internet. So, if anyone watches that, well, that's the last time before these shows that I played live at all. So it was fun but I didn't play very well. Also, I was a bit dehydrated, which, on the second night, caused me to get really shaky on stage and a little bit… It doesn't feel good. But I think people enjoyed it — despite all my awful mistakes that I made.

"I apologized to the other guys [in LIVING MONSTROSITY] afterward, but they were the same — they were just, like, 'Oh, man. Don't worry about it. People were just happy to see you play live,'" Murphy added. "It seems like that's true because that's largely what people say. But I think people are very generous and forgiving of my mistakes and my clams [missed notes] considering how long it's been since I played live."