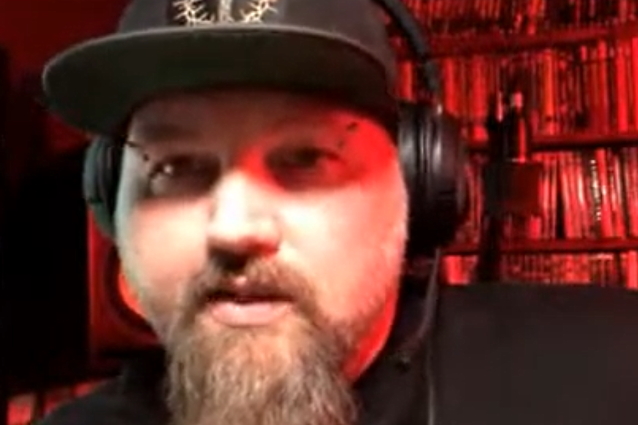 One of the best horror anthologies to come along in recent years is getting another sequel. Esteemed filmmaker and composer Rocky Gray is back with more blood, gore, and screams in "10/31 Part III", available for pre-order via Indiegogo.

Best known for as the former drummer for Grammy Award-winning band EVANESCENCE, Gray had made a name for himself in the horror movie scene with the first two installments of the "10/31" series. Directors for the newest feature include Michael Ballif, director of "They Live Inside Us"; Jacob Perrett, director of "Spine Chiller"; Brad Twigg, director of "Killer Campout"; and Zane Hershberger, director of "Force To Fear"; with special effects artist Cody Ruch on board providing some "killer" practical effects. Also returning is horror hostess Malvolia: The Queen Of Screams to guide us into our world of monsters and madmen. Music for all of the segments will also be provided by Gray.

Prior to joining EVANESCENCE, Gray was best known as the guitar player for seminal Christian metal bands LIVING SACRIFICE (a band whose members went on to join P.O.D., NORMA JEAN and more) and SOUL EMBRACED. Rocky joined EVANESCENCE shortly after the recording of the band's debut album, "Fallen". The CD featured a reworked version of a SOUL EMBRACED song written by Rocky, "Tourniquet", and sold over 17 million copies worldwide.

Upon his exit from EVANESCENCE in 2007, Gray claimed that he had been served a gag order by singer Amy Lee's management preventing him from discussing the reasons for his departure from the band.