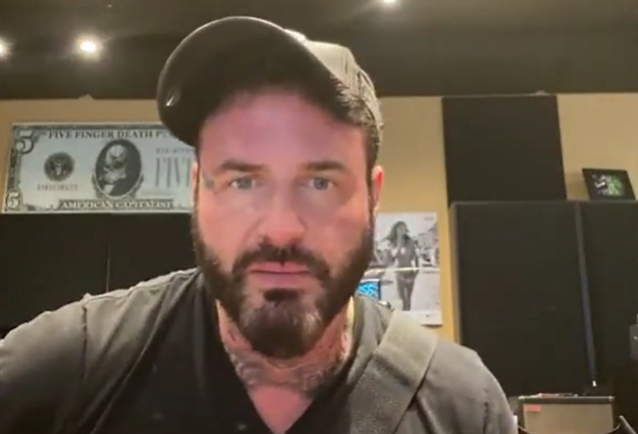 Former FIVE FINGER DEATH PUNCH guitarist Jason Hook is giving back to the crews and roadies that have been a part of his musical career, concert production and guitar industry for decades.

With live music and concerts gone during the pandemic, 100,000+ roadies have been out of work. Musicians are coming together to help their fellow industry mates.

Says Hook: "I was asked to help support www.roadierelief.org with an online auction and I jumped at the opportunity to help our roadie and crew member community get back on their feet. Live music is starting up again, but we can’t forget the last 15 months where these critical members of our music community were unable to work. We need to get together and support our industry."

Last October, FIVE FINGER DEATH PUNCH confirmed that it had officially parted ways with Hook eight months earlier during the band's sold-out European arena tour. He has since been replaced by renowned British virtuoso Andy James, who is featured on "Broken World", a song that was included on the second installment of FIVE FINGER DEATH PUNCH's greatest-hits collection, "A Decade Of Destruction - Volume 2". 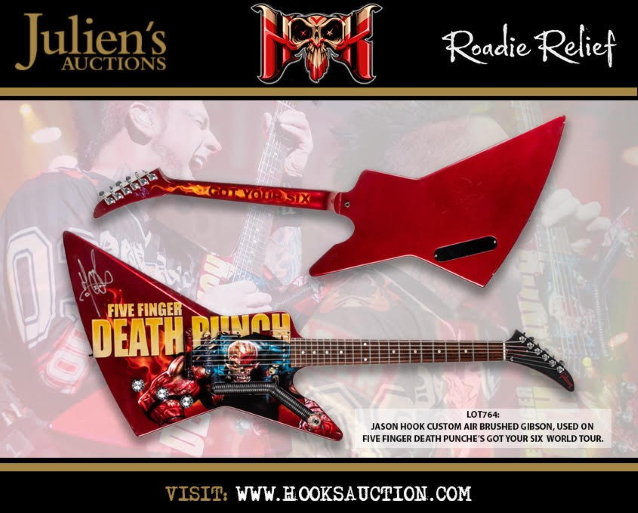