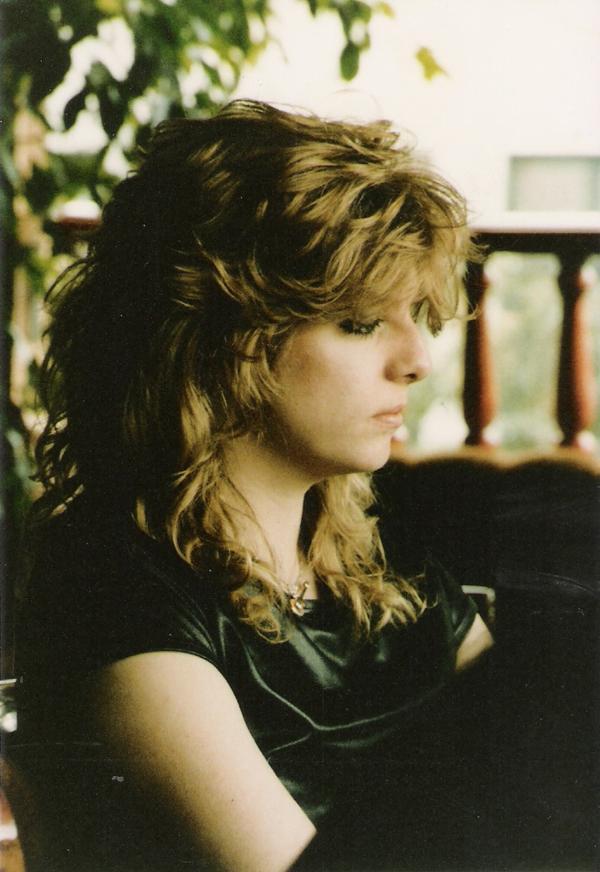 "It is with extreme sadness to tell you that Kelly Johnson [photo], original member of GIRLSCHOOL, passed away on Sunday the 15th of July after fighting a six-year battle with cancer of the spine."

Along with Johnson, the classic lineup of GIRLSCHOOL included Kim McAuliffe (guitar),Enid Williams (bass) and Denise Dufort (drums). The band was an integral and major force in the New Wave of British Heavy Metal (NWOBHM) movement, beginning with the release of its debut album, "Demolition" (1980),and continuing with the follow-up efforts, "Hit 'n' Run" (1981) and "Screaming Blue Murder" (1982).

Johnson originally left GIRLSCHOOL in 1984 after recording the band's fourth album, "Play Dirty", and moved to Los Angeles where she lived for the next 10 years. She rejoined GIRLSCHOOL in 1993 and moved back to the U.K. From 1993 until 2000 Kelly, Kim, Denise and Tracey Lamb toured Europe and the USA and recorded a live album in March 1995. Kelly decided to quit the music business for good in 2000 after recording her final album with GIRLSCHOOL, "Not That Innocent: 21st Anniversary" (2001).