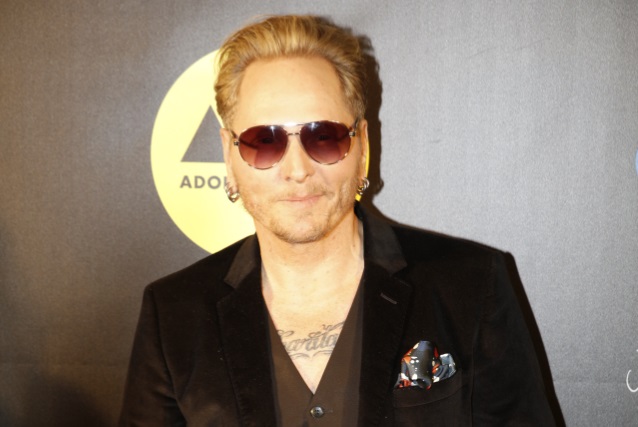 In a brand new interview with Forbes magazine, former GUNS N' ROSES and VELVET REVOLVER drummer Matt Sorum was asked how he feels about streaming services such as Spotify and Apple Music. "At first, it came off a bit elitist to me," Sorum admitted, "but [then] [I] [started] to like the idea to get the general public the original WAV forms of the recording. I have Tidal and Spotify on my phone and I love it. [But remember], we spent a lot of time and energy in making a record, then [suddenly] it gets squashed into a digital MP3.

"There's something about connecting with the music by means of its original format; by holding the record in your hand, and watching it rotate until it played its last tune," he continued. "It's a spiritual connection, some might say. You can't connect with music like that today — you can't reach for its soul. Today, digitizing music in MP3 format, diminishes its soul. It's not the same sound."

Sorum went on to say that GUNS and VELVET REVOLVER "were a little behind" the technological curve, "watching bands like LINKIN PARK, who were digitally savy. It was a marketing component — you had to either jump on board and get with it, or be left behind as a bit of a dinosaur. [Post GUNS N' ROSES], in the early '90s, [we] still put out vinyl, cassettes, and then CDs came out. When things started to go online with VELVET REVOLVER, I had suggested the band get up to speed with what [was] happening in the new world."

Sorum said back in April 2016 that he wasn't participating in GUNS N' ROSES' comeback shows because he wasn't asked to take part in the reunion.