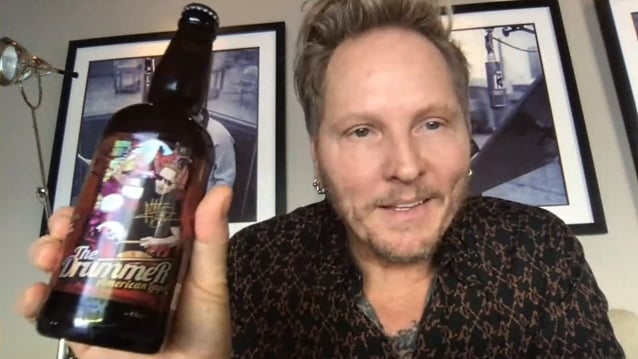 Sorum discussed his latest business venture during a recent appearance on the "Rock On The Rocks" video podcast. Holding a bottle of the beer, Matt said (transcribed by BLABBERMOUTH.NET): "This is an American lager, but it's actually made in Piracicaba, Brazil. It's a Belgian distillery down there that's amazing — made out of an old sugar cane mill. I went down there to Piracicaba, and the guys, they love rock and roll. And they're, like, 'We wanna make you your own beer.' And I'm, like, 'Okay. What are we gonna call it?' And I was, like, 'Let's call it the Portuguese name for drummer, which is 'O Baterista.' And they go, 'No. Let's call it 'The Drummer'.' So I got online. There was no Drummer beer. And I'm, like, 'The Drummer.' I thought it was a cool name.

"So this an American lager, and then I've got an IPA coming," he explained. "And I'll have an IPA and the American lager out. There's 12 Bristol Farms stores [carrying it] right now [in the U.S.], and next year we'll go wider with it — distribute it everywhere, I hope."

Regarding the concept for his beer, Sorum said: "You see a lot of rock and roll guys doing alcohol, and I don't want it to be a rock and roll beer, per se. I wanna describe it as, drums are sort of the heartbeat of energy and rhythm in general. I think we all have rhythm in our life, whether we know it or not. We're speaking in rhythm right now; we're walking in rhythm. Everything we do transcends through our heartbeat. We're all rhythmically connected.

"My whole pitch behind the beer is 'find the rhythm in life.' We've got really cool webisodes we're gonna start dropping, and they're all about that. If it's a surfer, he finds a way; if a guy's a skateboader… Everybody that finds any kind of movement that really inspires them, it's rhythmically based. And the drummer sets the tone for that. And that's the idea we have behind it."

As previously reported, Sorum's long-awaited autobiography, "Double Talkin' Jive: True Rock 'N' Roll Stories From The Drummer Of Guns N' Roses, The Cult, And Velvet Revolver", will now arrive on September 7, 2021 via Rare Bird Books after being delayed several times due to the coronavirus pandemic. 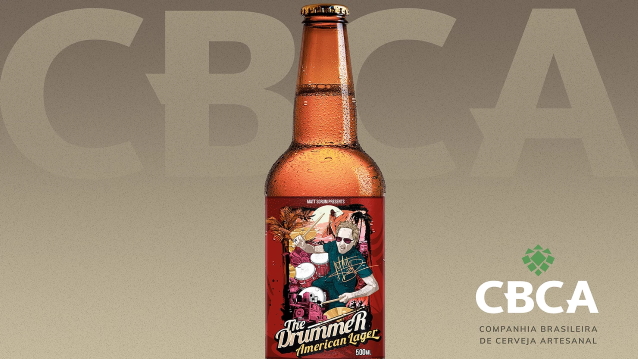