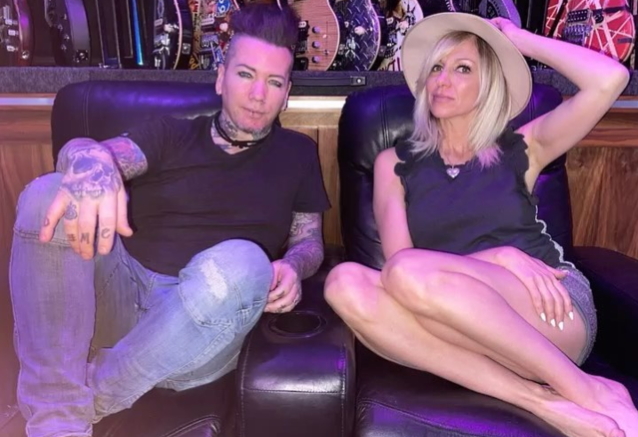 On Sunday (April 18),Ashba shared a video of him with Gibson in the studio, and he included the following message: "Creating some magic with @debbiegibson #makeitsleazy #sundayfunday". In response, Gibson wrote in the comments section: "You are adding [fire] to these songs ! And the process is such a blast... as it should be. So excited for everyone to hear what we've been cookin up". Ashba then added: "Always a good time!! Tracks r [fire]!!"

Gibson released her first album, "Out Of The Blue", in 1987. The LP became a worldwide hit, spawning five hit singles and selling more than five million copies. One of those singles, "Foolish Beat", made Gibson the youngest female artist to write, produce, and perform a Billboard Hot 100 No. 1 single. Her double-platinum second album, "Electric Youth" (1989),gave Gibson another U.S. No. 1 hit with "Lost In Your Eyes". Gibson is the sole songwriter on all of her singles to reach the top 20 of the Hot 100 charts. She was recognized by ASCAP as "Songwriter Of The Year", along with Bruce Springsteen, in 1989. In later years, she performed on Broadway and acted in several TV movies, all the while continuing to put out new music.