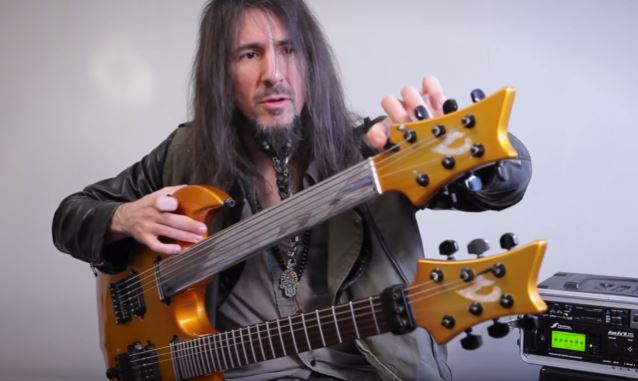 Just days after guitarist DJ Ashba quit GUNS N' ROSES, a source has confirmed to Detroit music writer Gary Graff that Thal is also no longer a member of the group — and has been out for some time. The source said, "Bumblefoot quit last year. I don't understand why he continues to be evasive on his status with the band — he quit in South America. He told [singer] Axl [Rose] he was done and [the second GN'R Las] Vegas [residency] would be his last run with the band."

Thal recently revealed that he was focusing on his solo career after spending eight years playing in the current version of GUNS. Thal, however, stopped short of saying that he was no longer a member of GUNS, which has caused some fans to criticize him for not coming clean about where he stands with the group.

Asked last month to clarify his status with the band, Thal said: "That is the thing I am not to elaborate on. I think there's enough clues out there for you to figure out what I'm up to now."

Thal expressed frustration in 2013 with the lack of new music from GUNS, saying, "If something came out at this point, it would be very old material that is just being released now… We need to make an album of this band right now." The last new GUNS N' ROSES album, "Chinese Democracy", came out in 2008.

Ashba issued a statement on July 27 saying that he was leaving GUNS, stating, "I have reached a point in my life where I feel its time to dedicate myself to my band SIXX: A.M., my adoring wife and family, and to the many new adventures that the future holds for me."